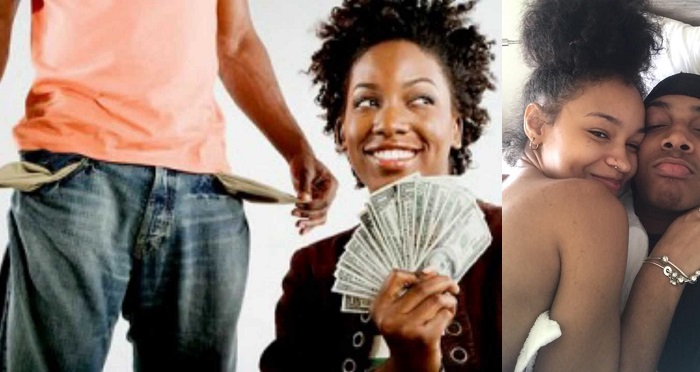 “Confront your girlfriend if she doesn’t spend on you, brokenness is not an excuse” – Nigerian Lady declares

A Nigerian lady has on social networking platform, Twitter stated that a woman should be spending on her male partner irrespective of the state of her finances.

The lady, with the handle, @Tbillion40 stressed that even if a man’s girlfriend or partner is broke, it should not be an excuse for not buying things for him or taking him out.

In her own words,

”Guys if your Gf never spend on you, have that conversation with her. Spending in relationship shouldn’t be one sided and Tbvh brokenness is not an excuse.

Leave your gf if she doesn’t spend on you.”

Her tweet of course stirred reactions on the platform with a number of people having an opinion on her stance, some for her and some not necessarily buying the idea.