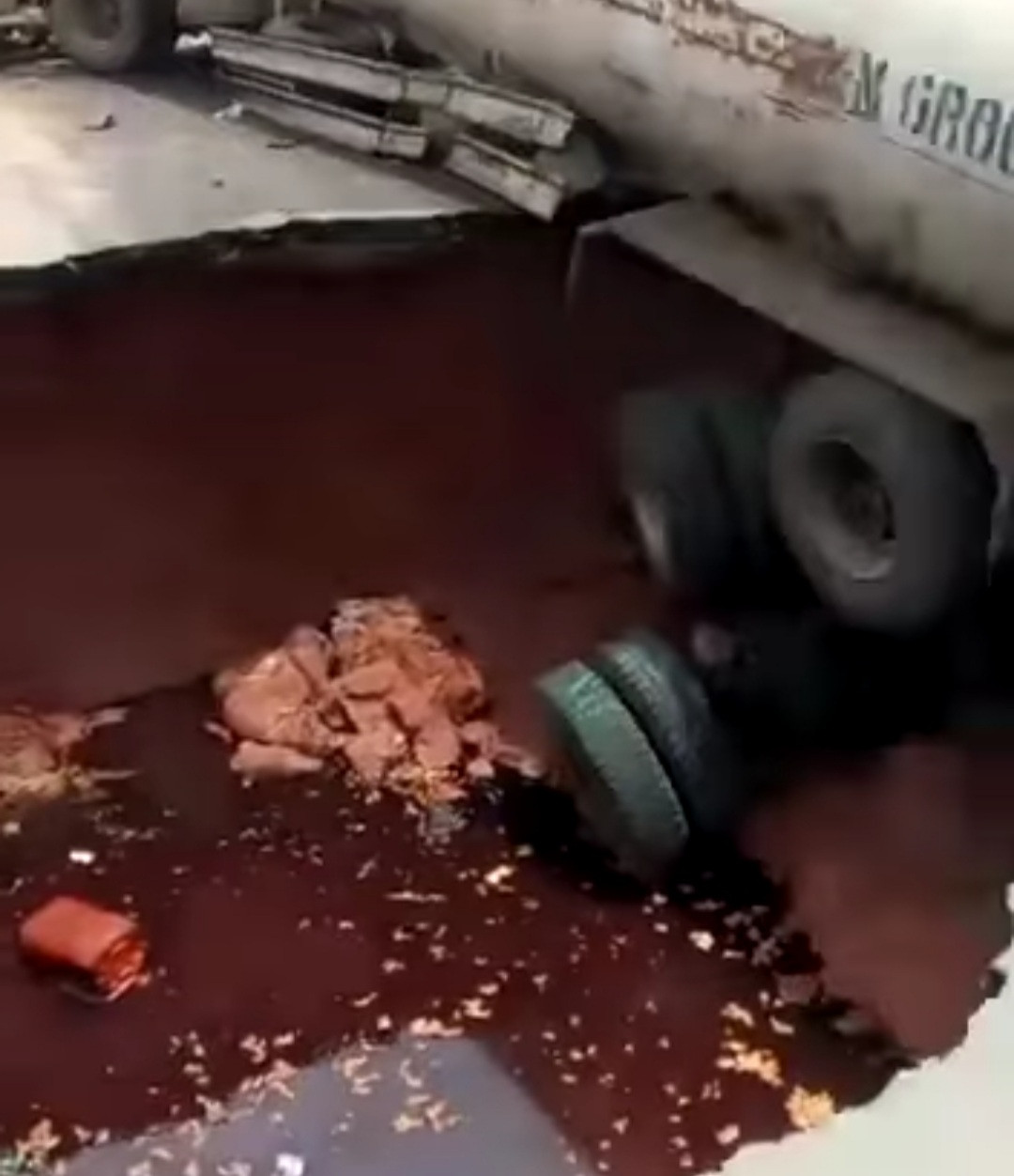 The incident happened at the Onitsha-Owerri federal highway and caused heavy traffic, resulting in people getting down to trek to their destinations.

Commuters are heard saying that the sinkhole appeared from nowhere just as the trailer was passing.

As the trailer sank, its content spilled onto the road.

I didn’t know you before, but now I can recognize you now with your fat nose