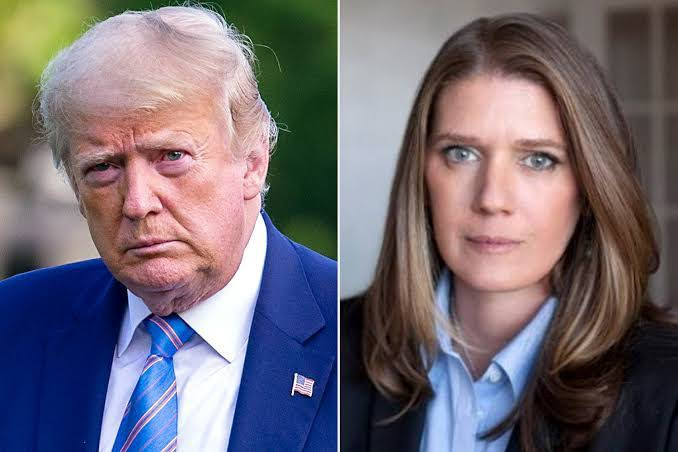 Trump sues his niece and New York Times for $100m

Former US President, Donald Trump is suing his niece and the New York Times over a 2018 article that alleged he was involved in “dubious tax schemes”

The $100m lawsuit, filed in New York, accuses Mary Trump and the New York Times newspaper reporters of being “engaged in an insidious plot” to obtain confidential documents.

The suit alleges that Ms Mary Trump, 56, breached a settlement agreement with the Trump family that barred her from disclosing the documents.

Remember that after the Times released a story about Trump’s tax returns in 2019, Mary revealed herself as the source of the story in a tell-all memoir in 2020.

Ms Trump is the daughter of Fred Trump Jr, the president’s older brother who died in 1981 at the age of 42.

Trump has consistently rejected the claims made in his niece’s book – Too Much and Never Enough: How My Family Created the World’s Most Dangerous Man – and unsuccessfully sued to try to block its publication in 2020.

On Tuesday, September 21, a lawsuit filed in a state court accused New York Times journalists Susanne Craig, David Barstow and Russell Buettner of contacting and working with Donald Trump’s niece as part of a “personal vendetta” against him.

“A group of journalists with the New York Times, in the middle of an extensive crusade to obtain Donald J Trump’s confidential tax records, relentlessly sought out his niece Mary… and convinced her to smuggle the records out of her attorney’s office,” the lawsuit reads.

It alleges that Donald Trump “suffered significant damages” and states that he is seeking compensation of no less than $100m (£73m).

In her book, Mary Trump describes how she supplied tax documents to the New York Times, which were used to form part of a 14,000 word investigative article into Trump’s “dubious tax schemes during the 1990s, including instances of outright fraud, that greatly increased the fortune he received from his parents”.

One of the reporters named in the lawsuit, Ms Craig, tweeted in response to the allegations: “I knocked on Mary Trump’s door. She opened it. I think they call that journalism.”

Last year, Mary Trump filed her own lawsuit accusing the former US leader and two family members of fraud and conspiracy, alleging that the then-president, his sister Maryanne Trump Barry and brother Robert Trump – who died last August – cheated her out of an inheritance.

Man demands for $4.5 million in damages after discovering that his neighbor is the father of a child he thought was his and has been taking care of