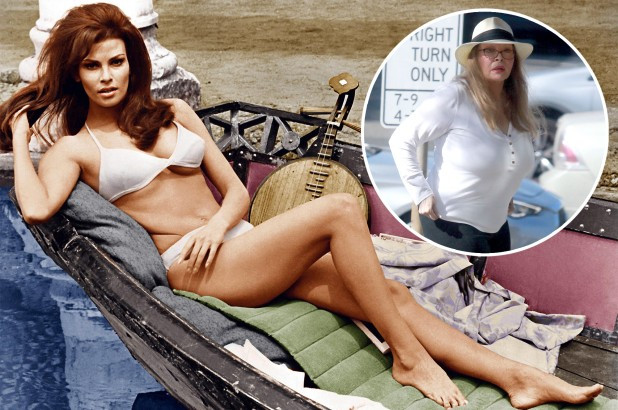 81-year-old actress, Raquel Welch who rose to fame as a sex symbol of the 1960s, has been spotted for the first time in over two years.

She was also wearing a face mask due to the ongoing COVID-19 pandemic and also appeared to be holding on to her breasts in one of the photos, as she strolled through the 90210.

The last time fans heard from Welch was her 2019 interview with the U.K.’s Sunday Post.

While chatting with the outlet, the entertainer who made a name for herself in such films as “Bedazzled,” “The Biggest Bundle of Them All” and “One Million Years B.C.” disclosed that she enjoys keeping a “low profile” after decades of fame.  She also admitted that it’s “nice to be noticed” occasionally.

She said at that time;

“I think it is much better than not being noticed! My whole career has been about being noticed, just like any other actor or actress, so I am grateful that people are still interested.”