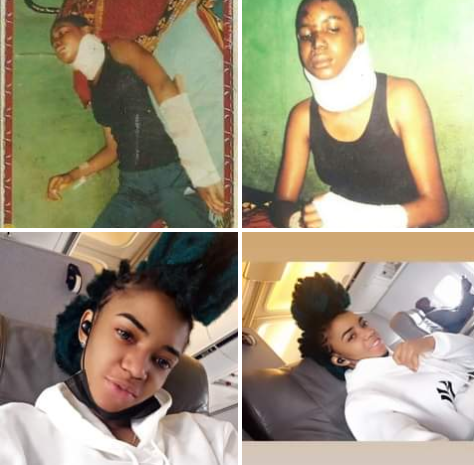 Imo state-born disc jockey, Iwuagwu Ebere Pat popularly known as Commissioner DJ Wysei, has marked the anniversary since she survived a fall from a two-storey building.

Taking to Facebook on Wednesday, September 22, the talented entertainer revealed that she was confirmed dead for hours after the fall.

“When destiny can’t be denied, 22nd September, few years ago, I fell from 2 storey building cos the balcony collapsed, I was confirmed dead for hours. BUT GOD KEPT ME. A date I can never forget.  From every wound there is a scar, and every scar tells a story…A story that says I SURVIVED. Today I am COMMISSIONER DJ WYSEI. Grateful heart.” she wrote.

FG again explains why it can’t name sponsors of terrorism