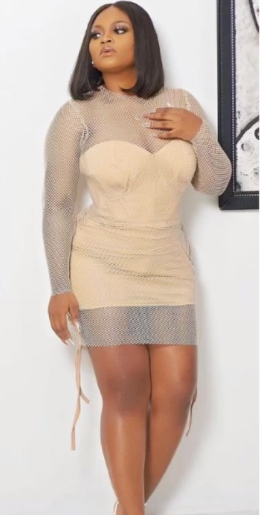 Former Big Brother Naija ‘Shine Ya Eye’ housemate, Tega has dropped a shade post following the “expositions made today about some celebrity relationships”.

The reality show star in the Snap she captioned “issues”, said those without data this September are missing out. She also asked why some “people will fire shots at some other people while their own cockroach has decayed in someone else’s cupboard”.

Tega went on to thank God for the “revelations”.  Listen to the Snap below………..