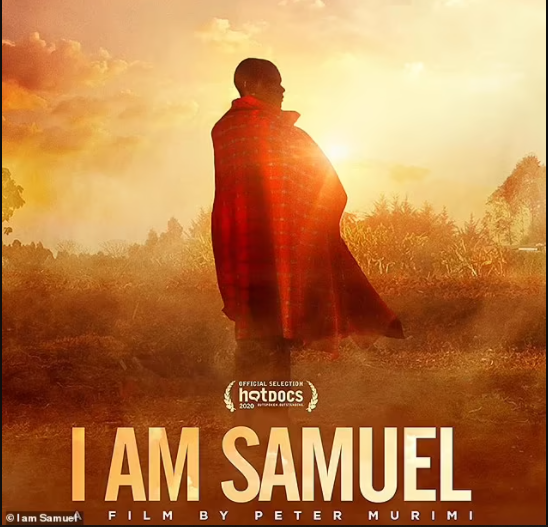 The Kenyan Government has banned a film about two gay lovers branding the movie an ‘affront to culture and identity’ and ‘demeaning of Christianity’.

The Kenya Film Classification Board on Thursday September 23, said the documentary was ‘unacceptable and an affront to [the] culture and identity of the deeply Christian country which has long criminalised homosexuality.

Directed by a Kenyan filmmaker, ‘I Am Samuel’ depicts a romantic relationship between two men living in Nairobi and has aroused the ire of the country’s censors for promoting ‘same-sex marriage as an acceptable way of life’.

The authorities said the documentary sought to propagate ‘values that are in dissonance with our constitution, culture values and norms’.

‘Worse still, the production is demeaning of Christianity as two gay men in the film purport to conduct a religious marriage invoking the name of the Father, the Son and the Holy Spirit,’ KFCB boss Christopher Wambua said in a statement, declaring it ‘blasphemous’.

‘Any attempt to exhibit, distribute, broadcast or possess the restricted film within the Republic of Kenya shall, therefore, be met with the full force of the law.’

‘I Am Samuel’ is the second gay-themed film to be banned in Kenya, following a 2018 decision to stop cinemas from showing ‘Rafiki’, a lesbian love story which became the first Kenyan movie to premiere at the Cannes film festival.

The ban on ‘Rafiki’ (‘friend’ in Swahili) was later overturned by a court, and the film opened to sold-out audiences in Nairobi.

Homosexuality in several  African countries is a taboo, and gays often face discrimination or persecution  with penalties that include imprisonment of up to 14 years.

#BBNaija: Things get raunchy in the house as housemates show off their favourite s3x positions (Video)