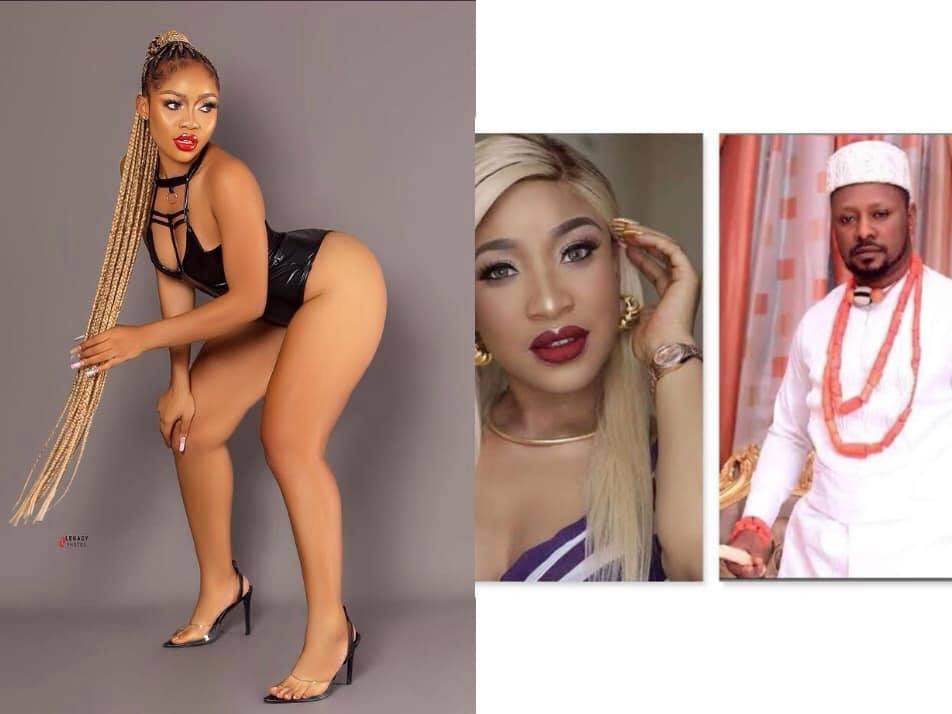 Teddylicious, the lady accused of leaking a voice note of Prince Kpokpogri allegedly gloating over his sexcapades while dating Tonto Dikeh, has slammed her friend Merit Gold over the allegation made yesterday.

LIB reported that Merit had accused Teddylicious of stealing the voice note from her phone and leaking it even though it was a private discussion. She also claimed that Kpokpogri used her and allegedly told that he is with the actress to get famous.

Defending herself, Teddylicious stated that Merit was making a false claim. Wondering why someone will record a call without an ulterior motive, Teddy also maintained that what Kpokpogri allegedly told them was that he is having issues with Tonto Dikeh because she has refused to stop smoking.

Alleging that Merit is looking for fame, Teddylicious added that her friend is “28-30 and still licking ass”.

‘You would literally endanger your life to get the perfect shot’, Davido’s lawyer, Prince, mourns DMW official photographer, Fortune