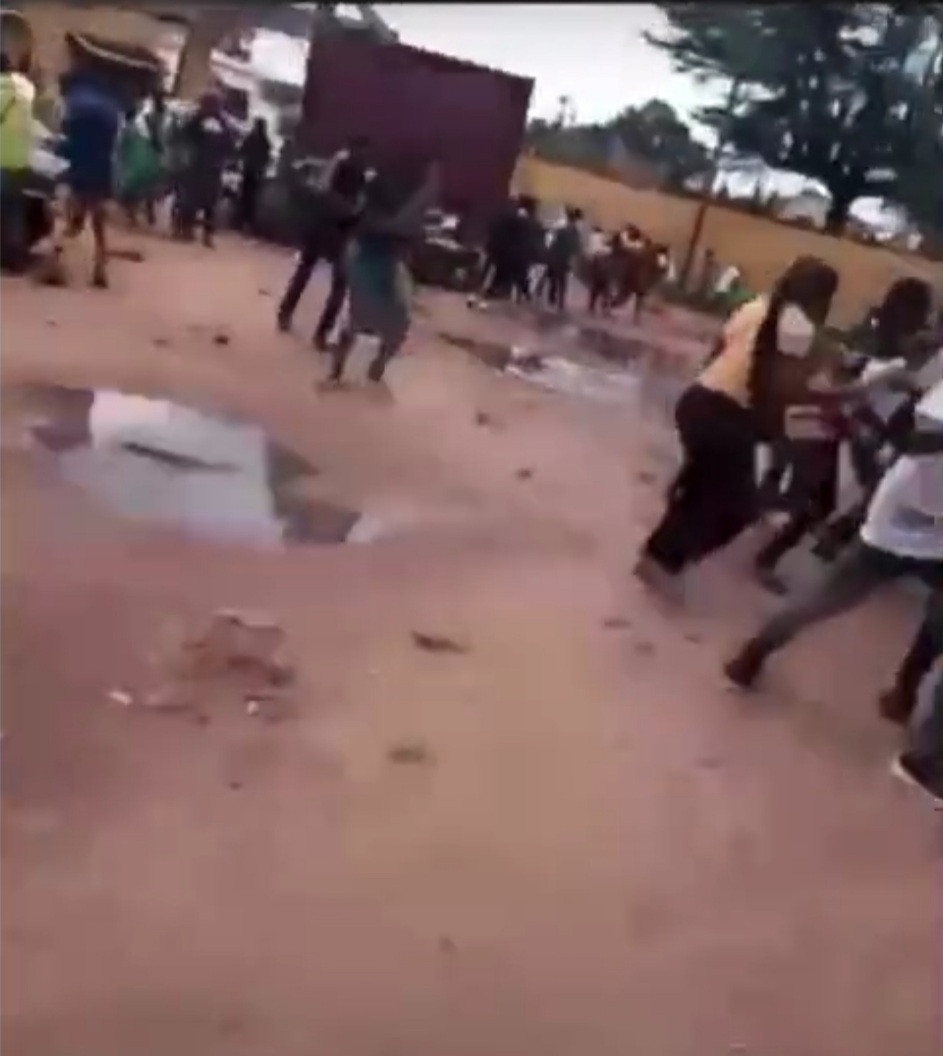 Police operatives shot into a crowd of students of Abia State Polytechnic during a peaceful protest.

In a video going viral, Abia State Polytechnic students are seen running helter-skelter as shots rang out in the air.

They were protesting the alleged rape of an 18-year-old undergraduate of the institution who was allegedly arrested and assaulted.

It was learnt that on Wednesday, September 22, police officers while passing an off-campus students’ hostel said they could smell “weed” so they raided the lodge and arrested 3 male and 3 female students.

They later released 5 of the students but allegedly held the 18-year-old female student.

While in detention, the teen was allegedly raped by three officers and was later hospitalised in critical condition.

The wife of the Abia State Governor,  Nkechi Ikpeazu, who was represented by Dr. Suzzy Nwachukwu, condemned the actions of the rapists while visiting the victim at the hospital on Thursday,  September 23.

She said the Governor’s wife has directed that the victim be moved to a better hospital and pledged to pay her medical bills.

Watch a video of the moment police opened fire on protesters here.

‘You would literally endanger your life to get the perfect shot’, Davido’s lawyer, Prince, mourns DMW official photographer, Fortune