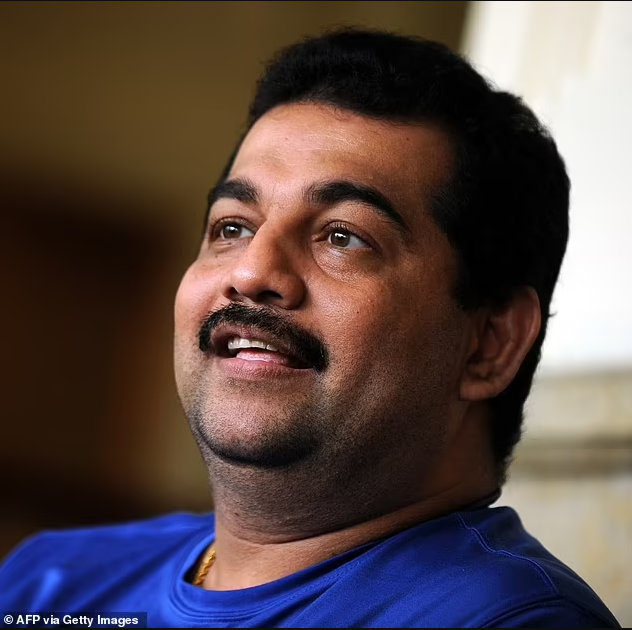 Eliyantha White, a Sri Lankan shaman who claimed he could end the country’s covid outbreak with ‘blessed’ water has died of the virus.

Back November, the 48-year -old, claimed he could end the pandemic in Sri Lanka and neighbouring India by pouring pots of his ‘blessed’ water into rivers.

His family said he had refused the coronavirus vaccine. He fell ill with the virus this month and was taken to hospital in Colombo where his condition worsened and he died on Wednesday, September 22.

His body was cremated at Colombo’s main cemetery on Thursday in line with quarantine regulations.

In a 2010 interview with news agency AFP, he claimed he had ‘special powers’ since the age of 12.

He has since treated other Indian cricket stars, including Gautam Gambhir and Ashish Nehra.