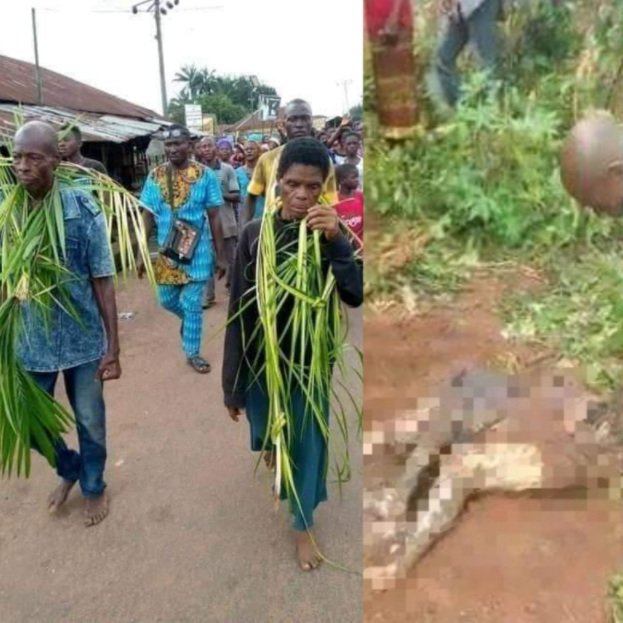 The Imo State Police has confirmed the arrest of members of a family who killed and buried their youngest son in a shallow grave.

Earlier today, it was reported that a father, mother, and their daughter have been arrested for killing and burying their youngest family member for being too stubborn (read here).

The murder of the young man was confirmed in a statement released by the Imo State Police and signed by the Police PRO, CSP Michael Abattam.

The statement reads: “Following credible information received by the Imo State Police Command of conspiracy and suspected murder of a young boy by his family members and buried him in a shallow grave in their compound. The Commissioner of Police, CP Rabiu Hussaini psc, immediately dispatched detectives to Ehime Mbano LGA of Imo State, the alleged scene of the crime.

“On arrival, the Command’s Operatives based on intelligence, interrogated one Robert Anyanwu ‘M’ chairman of Umuezealagwu Umuduruekwe in Ehime Mbano LGA of Imo State. And it was revealed that, on 14/9/2021 at about 1200 hour, the Osundu family comprising of Lambert Osundu ‘M’, Ndubuisi Osundu ‘M’ and Rachael Osundu ‘F’ all of Umuduruihiako Umueze ll in Ehime Mbano local government area of Imo State, conspired and beat their youngest brother, Chukwuebuka  Osundu ‘M’ aged 20 years to death for yet to confirmed reason(s).

“After killing him, the father of the deceased with the assistance of Ndubuisi Osundu carried the lifeless body to the back of their compound, dug a shallow grave and secretly buried the corpse. When the villagers asked the family of their sons whereabouts, they told them that he has travelled to Ghana to seek greener pastures.

“The command’s operatives with the support of the community were able to arrest two suspects, they are Lambert Osundu and Racheal Osundu. Presently, they are undergoing interrogation and have made useful statements that will lead to the arrest of the other family members on the run.

“The Commissioner of Police, Imo State Command, CP Hussaini Rabiu psc, while condemning the killing of the young man in its entirety, advised members of the public not to take laws into their hands rather, they should allow justice to prevail. He then assured Imolites of the command’s commitment in ensuring safety of lives and property.”