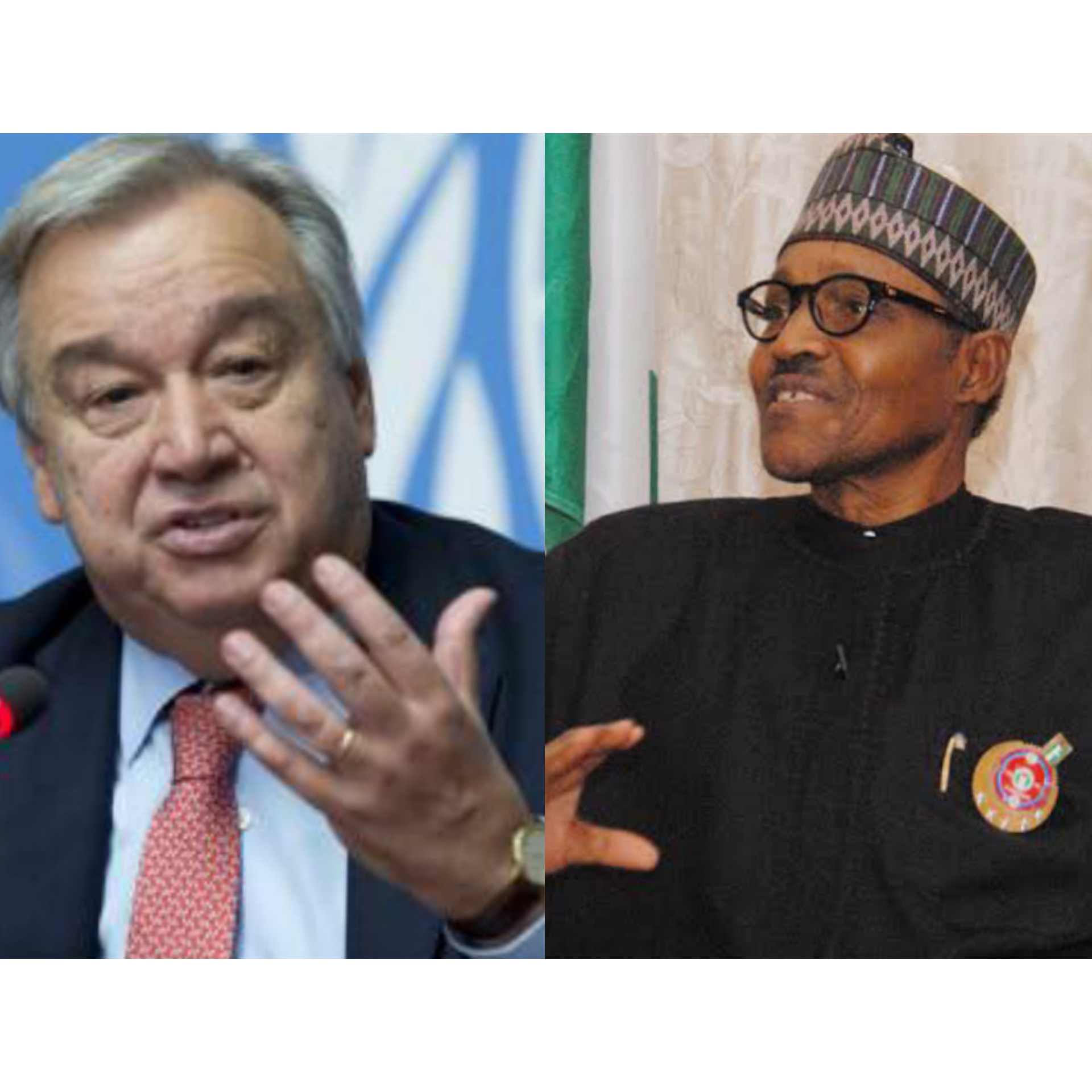 Use your position to stabilize West Africa – UN tells Buhari

The United Nations has told the Buhari led government to use its position in Africa to stabilize the continent.

According to a statement by president Buhari’s media aide, Femi Adesina, the UN secretary-general revealed this at a meeting with Buhari on Friday, September 24, at the 76th session of the United Nations general assembly (UNGA) taking place in New York.

The Secretary-General of the United Nations, Antonio Guterres,  urged Buhari to leverage on his leadership position to ensure stability among West African nations.

“According to the UN scribe, Africa, especially West Africa, was generally seen as an ocean of stability and good governance, but was deeply concerned at recent reversal of fortunes in democratic rule in some parts of the West African sub-region with coups overturning elected institutions,” Adesina said.

“He, therefore, urged President Buhari to continue to show leadership as he looks up to Nigeria to help stabilise the sub-region in terms of democracy and good governance.

“On terrorism, the secretary-general commended the efforts of Nigeria on this global phenomenon, assuring the Nigerian leader of the United Nations’ continued support in her efforts to address the prevailing security and humanitarian challenges that have arisen, especially with the internally displaced persons.

“He also commended Nigeria’s efforts on climate change, expressing willingness of the world body to cooperate with the country in this regard.

“President Buhari applauded Mr Gutterres for his global leadership and the success of the 76th session. He assured the secretary-general that Nigeria had achieved appreciable successes in tackling the insecurity caused by terrorists and bandits.

“The president also thanked him for the global organisation’s intervention in activities towards reducing the effects of climate change, especially with the support for the Great Green Wall programme, which is aimed at arresting desertification across the Sahel as well as the campaign against deforestation in Nigeria.”