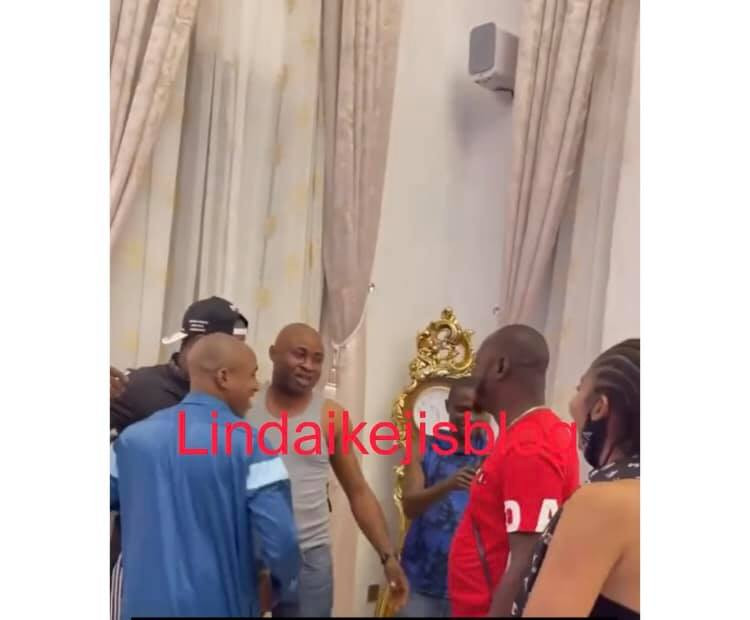 Looks like Prince Kpokpogiri met dancer Jane Mena more than once, as video of him, the dancer and others receiving Peter Okoye surfaces

A video of Tonto Dikeh’s ex boyfriend, Prince Kpokpogiri in the same house with dancer Jane Mena, earlier in the year has surfaced amid claims by Kpokpogri that they met just once.

The video was shared online in May this year. Recall that after Tonto Dikeh alleged that he had Jane Mena’s sex tapes and that of other women, Kpokpogri countered it by saying that beyond coming for Mena’s shop opening years ago, their “relationship has only been on the phone”.

#BBNaija: Love wins as Saga joins Nini to be evicted from the Big Brother house

#BBNaija: Saga’s heart shatters to pieces as Nini has been evicted from the house