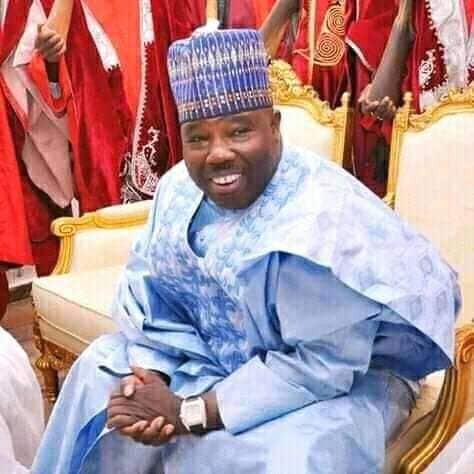 Former governor of Borno State, Senator Ali Modu Sheriff, has said leaders of the All Progressives Congress (APC) must work together for the party to remain in power for 50 years.

Sheriff, who stated this while addressing newsmen on Sunday, September 26, in Abuja said critical stakeholders of the ruling party must unite to sustain the party at the expiration of President Buhari’s tenure in 2023.

The three-time Senator, who is also a contender for the APC national chairmanship declared that APC needs a rugged captain for the party to retain power at the centre for the next 50 years.

“Today, as a party we are only six years in government, our aspiration is for the APC to be in government in the next 30 to 40, 50 years. Doing that doesn’t come on a platter of gold, we need to put in hard work. Therefore, I believe it is important for me to reach out to all leaders of our party; the youths, the women, different organizations to tell them that we must come together to get our party to run for the next 30, 40, 50 years by the grace of God

“And doing that you need a rugged captain, you don’t need a captain that will capsize. A ship has to be navigated by a knowledgeable person who knows the waters and I believe I can do that for our party if given the opportunity by party men and women who are the decision-makers. There are so many people in the field but you can look at everybody and see where you can put your deposit. We don’t want a bank that will collapse after a short period. So, I have been going around the country

“I have been away, traveling from one state to the other and I will continue doing that until everybody in our party is consulted. I meet them in their homes to say that, yes I want to run for the National Chairmanship of this party and I believe I can lead us well because party politics is different”, he stated.

Mr Eazi spends over N18.3 million during a night out at a Lagos club

#BBNaija: Love wins as Saga joins Nini to be evicted from the Big Brother house