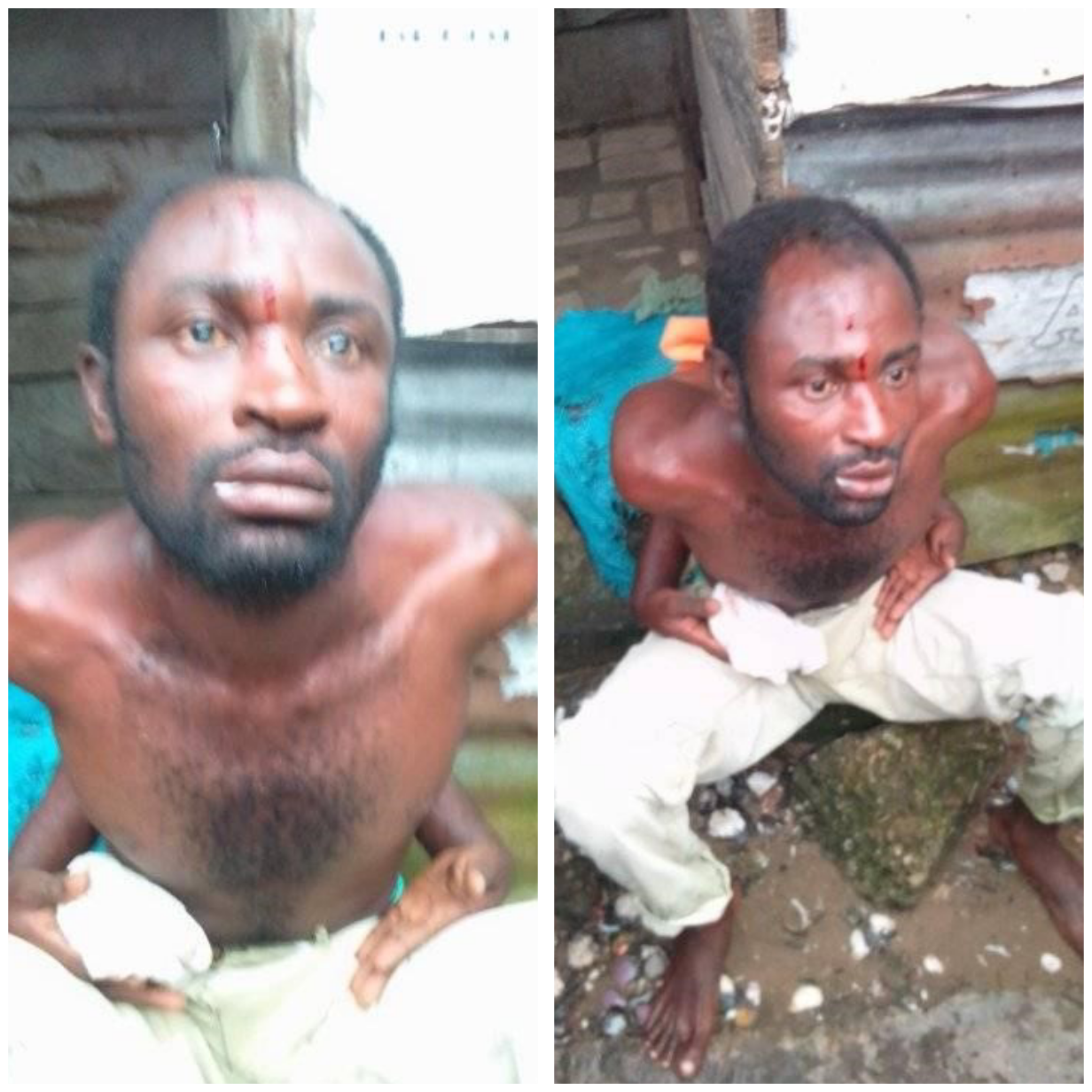 A man suspected to be mentally unstable has been arrested for allegedly attacking a little girl with hammer in Yenagoa, the Bayelsa State capital.

A member of the Yenagoa Central Security aka Yenta Force, who shared the photos on Sunday, September 26, said the suspect hit the child in the head with a hammer twice.

“This man is halfway mad. He used hammer to hit a little girl head two places. Yenagoa Central security A K A YENTA FORCE caught him and took him to the office for prosecution.” the statement read.

Secondary school student beaten to death for having 6 boyfriends