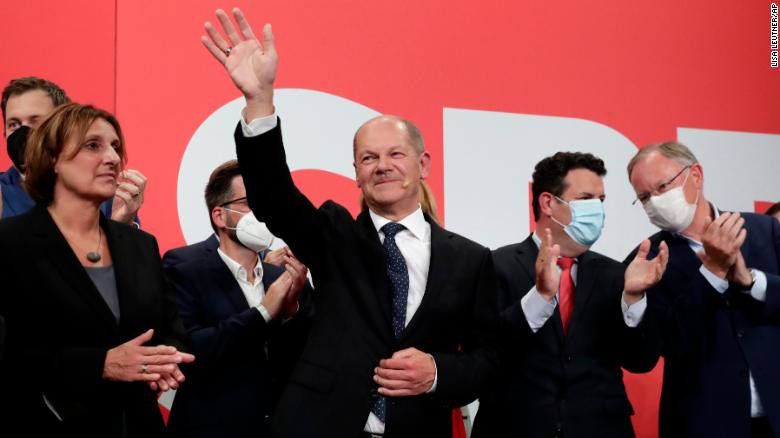 According to preliminary results, the SPD secured 25.7% of the vote, while the ruling conservative CDU/CSU bloc gained 24.1%.

Meanwhile, The Greens party achieved the best result in their party’s history, coming in third with 14.8% of the ballot.

With the win, SDP must now form a coalition to form a government.

With the nature of the result, chancellor Merkel will not be going anywhere until the coalition is formed – which may take as long as Christmas.

Her successor’s task is to lead Europe’s foremost economy over the next four years, with climate change at the top of voters’ agenda.

As results trickled in, Scholz’s SPD supporters greeted him in raptures, but it was only later when his party edged into the lead that he told a televised audience the voters had given him the job of forming a “good, pragmatic government for Germany”.

It is the first time that Germany is facing a three-way coalition.

Beyond the four mainstream parties, it was a bad night for the radical left as
Left-wing Die Linke fell below the 5% threshold required to get into parliament