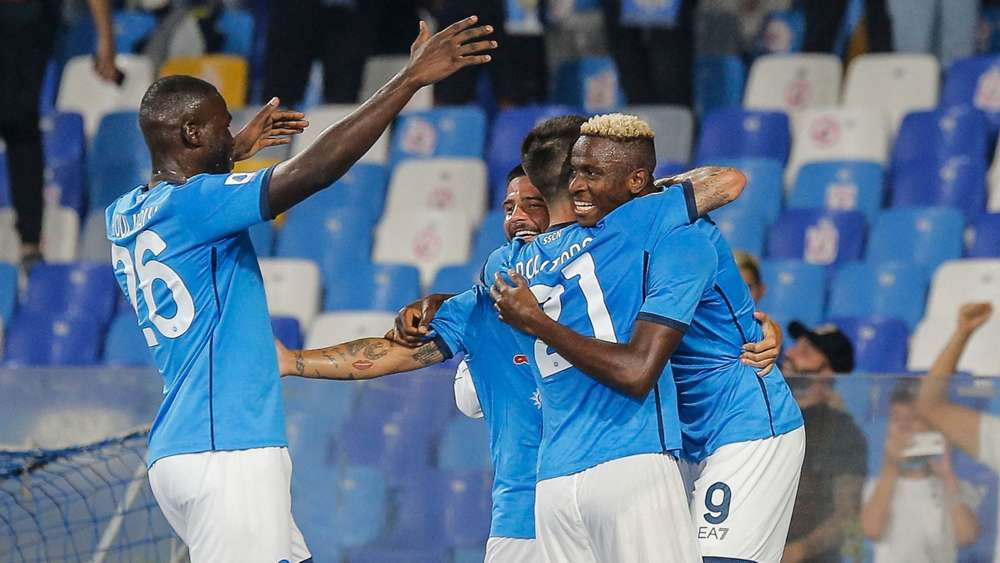 Super Eagles of Nigeria and Napoli of Italy striker, Victor Osimhen continued his fine goalscoring run with his fourth Serie A goal of the season in Napoli’s 2-0 victory over Cagliari on Sunday night, September 26.

After scoring two goals against Sampdoria on Thursday, Osimhen scores for Luciano Spalletti’s side at the Stadio Diego Armando Maradona with his 11th-minute opener after receiving an assist from Piotr Zielinski.

Osimhen has now scored at least a goal in his last four matches for Napoli across all competitions.

In the second half, Lorenzo Insigne scored again for Napoli with his effort from the penalty spot in the 57th minute.

Osimhen was in action for 77 minutes before he was replaced.

The victory now means Napoli are now leading the Serie A table with an undefeated record of 18 points out of six games two points above second-placed AC Milan.

Osimhen recently revealed the secrets behind his fine form.

“It was important for me to start the season well and I want to thank the coach for his confidence in me. I’m honoured to play for this club,” the former Lille star said. “Last year, I had Covid and then got a bad injury.

“I’m in good shape this season. I’m training consistently and I’m listening to the advice the coach gives me and the help I get from the team,” he added. “I’m pleased with what I’m doing but I know I need to continue working hard.