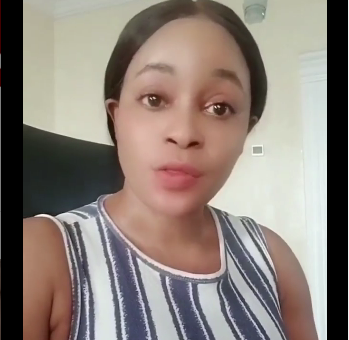 Chris Adah, one of the Ultimate Love reality stars, has reacted after she was trolled for marrying a younger man.

The 37-year-old took to her Instagram Stories to address the criticism.

She questioned why it is OK for women in their 20s to marry men in their 60s but she is being trolled for marrying a 35-year-old man who is just two years her junior.

Chris and her husband, Chris, met during the 2020 Edition of Ultimate Love reality show and were paired together as ”Double Chris.” Their connection extented outside the show, ultimately leading to marriage.

Reacting to people trolling her for marrying a younger man, Chris said she understands that her life was made into a social experiment during the reality show to entertain people but that doesn’t give them the right to dictate to her.

Being a housewife is hard