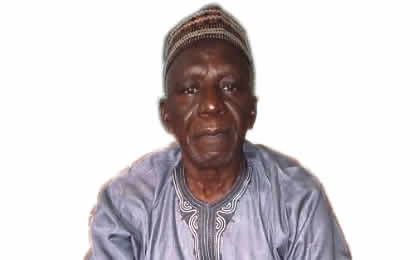 2023 Presidency: Southern Governors’ insistence for presidency to move to south is a sign of weakness

Abubakar Billy, first son of one of the founding fathers of Nigeria, Sir Tafawa Balewa, has said that Southern Governors’ insistence for presidency to move to south is a sign of weakness.

Billy made the claim in an interview on Channels Television on Tuesday morning, September 28. Backing Northern Governors’ claim of calls for presidency to move to the south being unconstitutional, Balewa’s son said the 2023 Presidency must be earned by the candidate with a national appeal.

He also stated that the two Southern Presidents elected since 1999 got massive votes in the North, and this shows it doesn’t matter where one comes from.

“To me, this issue of rotation is pure politics. In Nigeria, we have lots of other issues that we should be concerned about than the Presidency.

“Like the Northern Governors have said, there is nowhere in the constitution that says there is a rotation. This rotation is a gentlemen’s agreement and I do agree with it; I totally agree with it but it is not given on a platter.

“We need to see people who are proactive, people who have the capacity, the capability to lead this country coming to my area to seek my votes (but) what is happening today is a sham – Northern Governors, Southern Governors would meet and say you must give Presidency to this zone and that.

“It is not done anywhere. That is laziness, these people should move out. The Governors shouldn’t say must, it is not a must thing. This is a sign of weakness. The two Southern Presidents we have heard in this country were elected and served – Jonathan and Obasanjo – they were all massively voted from the North here. So, that goes to show you it does not matter which region you come from.

Claiming that he is a proponent of power rotation or power shift, Billy added that the person to be elected in 2023 must be a modern man and also someone who can fix the economy.

“In Nigeria, everyone is shortchanged, the South, the North, the East, the West, we are all shortchanged and the only way we can get out of the situation is not just picking a leader from a part of the country (but) choosing a leader who can fix our problem.

“I can’t imagine after 61 years of independence, we’ve had Unity Schools, we’ve had the NYSC, so many intervention schemes to bring our people together, yet we are still in our local and tribal courts which is wrong.

“I am a proponent of power rotation or power shift. In my state (Kaduna), since 1999, it has been one part of the state that has been ruling. We now say, ‘No’, it shouldn’t be so, it should go round but you don’t just dash; you have to have the people who have the capacity and capability to come out and showcase themselves, it is not done freely.

“In Southern Nigeria, there are competent people who are good and are ready to rule this country but they should come forward and sell themselves; you don’t just dash leadership just like that.

“We must make sure that in the next election, we put in a leader who is a modern man and also someone who can fix the economy. It doesn’t matter if he is a Yoruba man, Igbo man, Hausa man, Ibibio man, whoever rules this country, so long as he is competent.”

Female wrestler, 18, shot dead in car outside her home after FaceTiming sister

I’m more concerned about being a good wife, than being a pretty bride – BBNaija star Lucy Edet spills