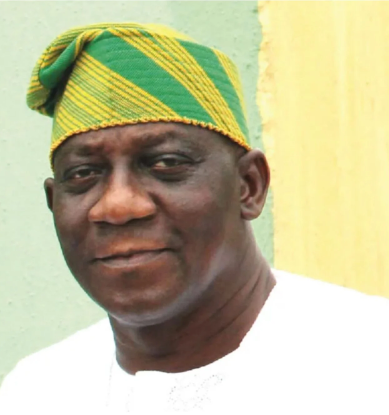 Air Vice Marshal Sikiru Smith (retd.) has been kidnapped by masked gunmen in the Ajah area of Lagos State.

The masked gunmen whisked Smith away on Monday evening, September 27.

According to an audio released by his driver, Corporal Odichi, Smith was abducted while he was supervising work at a site in Ajah, Lagos State, and forcefully taken away via a waiting speedboat that sailed towards the Ikorodu area of the State.

Lagos State Police Command PRO Mr. Adekunle Ajisebutu said the command is aware of the incident and the force is “on it”.

Air Vice Marshal (AVM) Sikiru Oladimeji Smith is a retired Chief of Communications Officer at the Nigerian Ministry of Defense.

Prior to his pre-retirement position as AVM Chief of Communications, Smith was Commander 401 of The Aircraft Maintenance Depot and Chief of Logistics at The Nigerian Air Force.

Sikiru Smith is also the author of the non-fiction book Civil Militia and Nigeria’s National security, unveiled in Lagos State in 2013.

Since retirement, he has served as Chairman and Chief Executive Officer of his company, Double Wealth Ventures Limited.

He has an honorary doctorate degree in Defense and Strategic Studies.

He is also a cousin to a former Inspector-General of Police and current Chairman of the Police Service Commission, Musiliu Smith.

Comedy Video: Nons Miraj – Ada Jesus And Gossip Are Like 5&6

‘Batman’ and ‘In Like Flint’ star, Jean Hale Coleman is dead