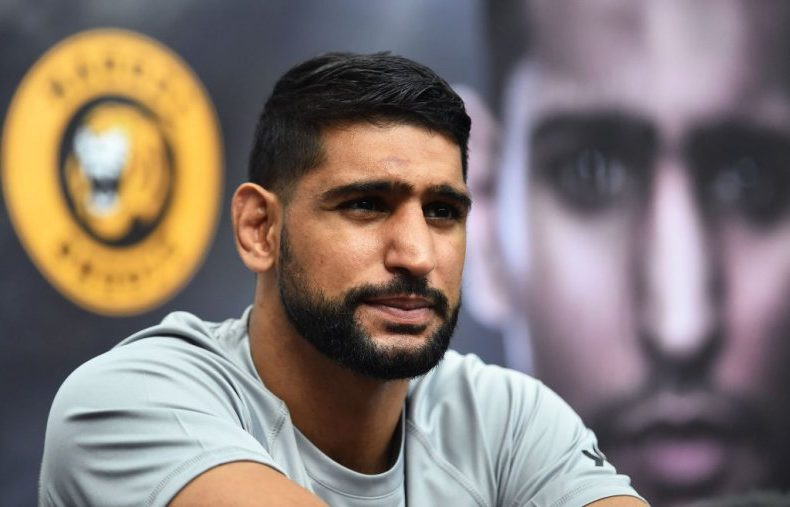 British boxer,  Amir Khan believes his removal from an American Airlines flight in the United States was racially motivated.

Khan, who was born and raised in Bolton by his Pakistani parents, was escorted alongside a a colleague off a plane by authorities while attempting to fly to a training camp in Colorado from New York on 18 September.

The airline said Khan and his colleague ‘reportedly refused to comply with repeated crew member requests’, alleging they failed to store luggage, comply with federal rules on face masks and put their phones on airplane mode.

Khan has strongly denied those claims and insisted he and his colleague were ‘picked on’ because they were ‘two Asian boys’ in an incident that took place a week after the 20th anniversary of the 9/11 terror attack.

Asked by Kay Burley on Sky News if he felt his removal was racially motivated, Khan said: “Definitely definitely. I’m going to stand by that. It was 9/11 a week before that, then having two Asian boys sat at the front … I hope I’m wrong. But I had done nothing wrong. I got kicked off a plane for no reason and it was embarrassing for us.”

Khan said he was sat in seats 1A and 1B with his friend and colleague on the plane and shortly after taking their seats he was asked to end a phone call, which he said he did. The boxer said his colleague was then asked to pull his mask above his nose and he believes it had slipped when he was taking a sip of water.

He said: “I just feel I was treated really badly. It was a week after 9/11, I do feel things were a bit tense, but to be picked on, two Asian boys sat at he front, being pulled out in front of a full plane. It’s quite embarrassing really.”

Asked if he believed he was removed from the flight because of the colour of his skin, he said: “I’m not saying that but I think it might have something to do with that.”

Half of women believe working from home boosts career progress