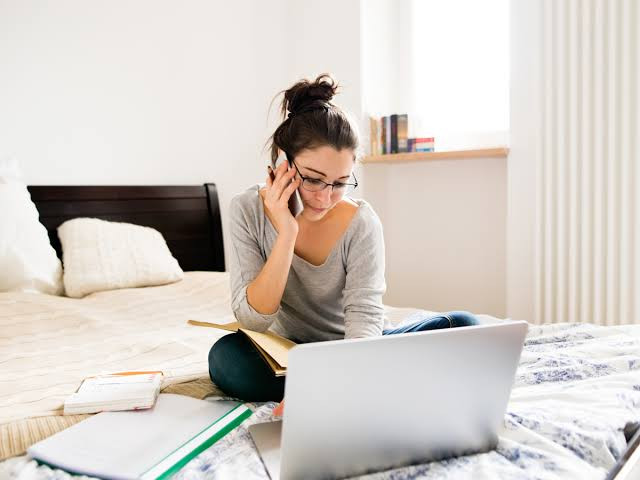 Half of women believe working from home boosts career progress

A new survey in the United Kingdom has revealed that over 50 percent of women believe working at home helps boost career progress as they juggle child care and home duties.

According to a BBC/youGov survey , just over half (56%) of women said they thought working from home would help them progress at work, while 65% of business manager that were women felt that working from home helps advance women’s careers.

However, a quarter of the women polled by YouGov said homeworking was unlikely to advance their careers.

Of the 1,684 women polled by YouGov, the greatest believers in the career benefits of homeworking were those aged between 18 and 24 (65%) and women in London (61%). Fewer than half of the women polled in Scotland agreed (49%).

Meanwhile, slightly more women (57%) in the ABC1 demographic – which equates to those with middle-class or “white collar” jobs – believed working from home would help their career prospects as opposed to 53% in the lower socio-economic, C2DE group.

A woman, Elena Gorman, who was polled, told the BBC that she quickly accepted the chance to work from home after struggling to find childcare for her six-year-old son

Her former employer couldn’t give her the flexibility she needed after her child was born, she says.

“My new role is brilliant, I had to follow my heart,” she told the BBC.

“My take on working from home is really positive. I can’t find childcare for my six-year-old son, so I need to work from home to take him to school and back most days.

“Without this, I’m not sure if I could have gone back to work after maternity leave.”

Elena also revealed that she is paid less in her new role than she was in her previous job.

Also, new figures from the Office for National Statistics (ONS) showed women were carrying out on average two-thirds more of the childcare duties per day than men during the first pandemic lockdown.

Between 13 January and 7 February 2021, women with a school-aged child (67%) were more likely than men (52%) to say they had personally home-schooled a child in their home in the past week, the ONS data showed.

According to the ONS, jobs requiring higher qualifications and more experience have been more likely to provide homeworking opportunities than manual occupations like.waitress, cashier or hospital care.