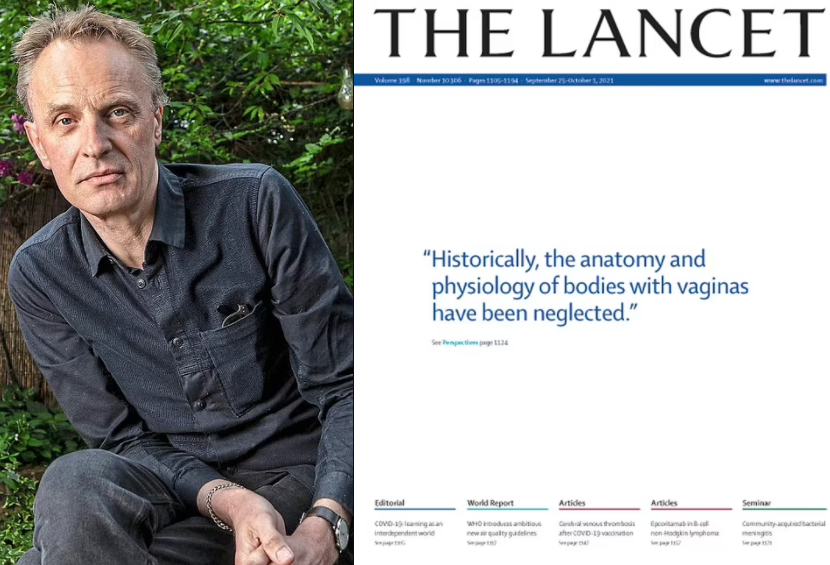 Richard Horton, the editor of a leading medical journal has apologised for describing women as ‘bodies with vaginas’ on the front page of its latest edition.

The Lancet was accused of sexism and dehumanising women after its editors used the term, which was written in an article titled ‘Periods on Display’, on the journal’s front cover in an attempt to be inclusive to trans people.

The article, which was published on September 1, examines an exhibition exploring the taboos and history of periods at the Vagina Museum in London. The writer also used the word ‘women’ but also use the term ‘bodies with vaginas’.

The quote, which was then used on the journal’s front page, read: ‘Historically, the anatomy and physiology of bodies with vaginas have been neglected.’

Dr Madeleine Ní Dhálaigh, who works as a GP, wrote on Twitter: ‘Naming women as ‘bodies with vaginas’ is a new low, all in the misguided pursuit of woke points.

‘You can be inclusive without being insulting and abusive. How dare you dehumanise us with a statement like this?’

The medical journal’s editor-in-chief Richard Horton has since apologised to readers who were offended.

He told The Daily Telegraph: ‘I apologise to our readers who were offended by the cove quote and the use of those same words in the review.’