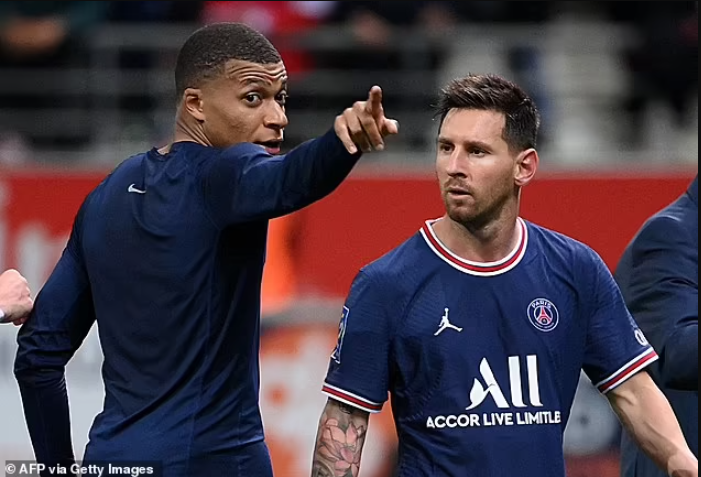 Messi was hailed as the ‘best player in the world’ by PSG boss Mauricio Pochettino on Monday September 27, in his pre-match press conference. But Anelka believes that Messi, who only joined   in the summer on a free from Barcelona, must now play a role to ‘serve’ Mbappe.

‘Mbappe has to lead the attack because he’s No 1,’ Anelka told Le Parisien.

‘Messi was at Barcelona, but now he has to serve Mbappe. He’s been at the club for five years and Messi has to respect him.’

Mbappe has a year left on his deal and is yet to reach an agreement over an extension amid strong interest from Real Madrid.

While Anelka believes the team needs sort the demands of Mbappe, the former France striker noted he has been left bemused at Pochettino’s treatment of Messi so far.

‘A forward needs his coach to show him confidence, and that right there won’t do it,’ he said, referring to Messi’s surprise at being substituted against Lyon.

I’m getting ahead of myself but Messi will not forget what Pochettino has done. It will stay with him. He’s the star of the team and it was his first game at the Parc des Princes. It’s going to be very difficult to recover from that as a situation.’

Anelka added: ‘Messi didn’t play against Metz, and for me that’s already a response. You can’t manage Messi like that. The coach wanted to send out a strong message, which is good, but this is Messi.’