A Nigerian man has been apprehended after using his personal picture as the WhatsApp Display Picture on a phone he allegedly stole.

In a video shared online by the victim’s alleged cousin @tm_lemonademouth, the suspect could be seen pleading for mercy while members of a vigilante group put tyres over his head.

However, it is unclear if the vigilantes were trying to execute jungle justice on the suspect.

“This guys stole my cuz Iphone . His luck ran out when he decided to put his picture on the owner’s whatsapp dp… no be juju be that??? who da fuck does that!!! 😱😱😱” 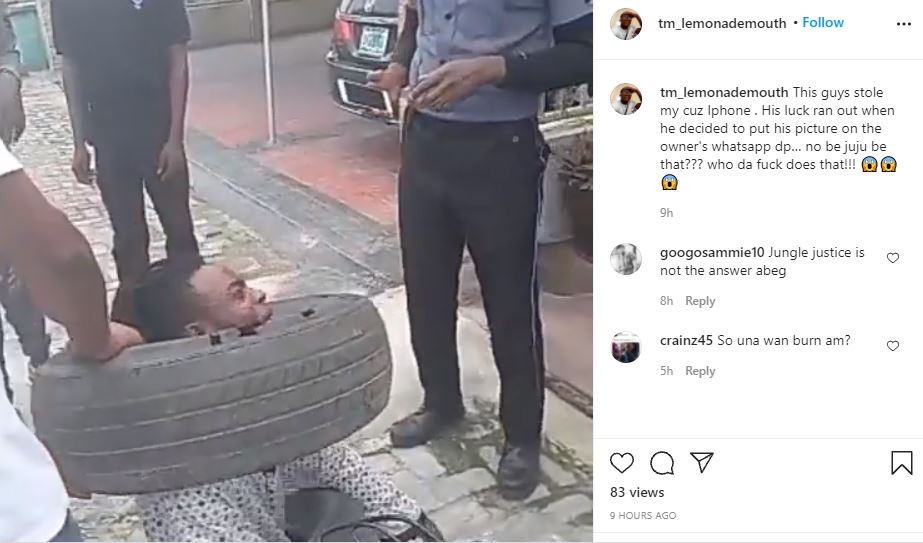 In other news, media personality, Yomi a.k.a YomYom, is of the opinion that spending N1 million on a mobile phone in Nigeria is ridiculous.

In what seems like a reaction to the newly released iPhone 13 which is currently selling for N900k-N1.1 million, Yomi opined that the price is absurd.

According to him, there is no justification for spending so much on a phone, regardless of the features and specification.