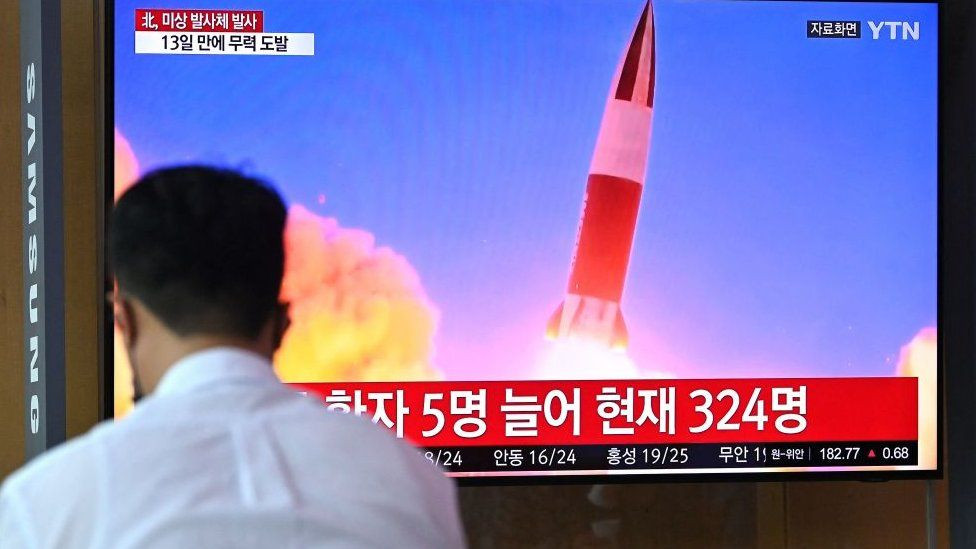 North Korea has fired a short-range missile towards the sea off its east coast early on Tuesday, September 28 South Korea’s military has announced.

The missiles test comes after North Korea’s ambassador said at the UN General Assembly that no-one could deny Pyongyang’s right to self-defence and to test weapons.

The test also comes after Pyongyang test-fired both ballistic and cruise missiles earlier this month and days agyer North Korea also expressed willingness to engage in talks with the South.

He said the North had a right to “develop, test, manufacture and possess” weapons systems.

Kim added that the country was “building up our national defence in order to defend ourselves and reliably safeguard the security and peace of the country”, according to an AFP report.

The US military said in a statement on Tuesday that it was aware of the missile launch.

However, the US Indo-Pacific Command said that the launch “highlighted the destabilising impact of [North Korea’s] illicit weapons program”.

The Japanese media quoted the defence ministry as saying that the projectile may have been a ballistic missile, which is banned under United Nations sanctions.

North Korea is facing food shortages, and has spent more than a year in isolation as it shut its borders to keep out Covid-19.