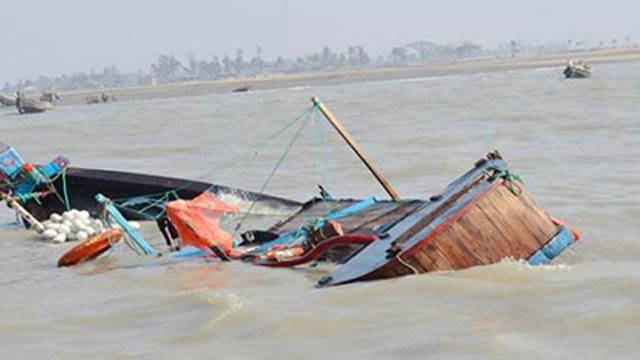 One person has been confirmed dead while 16 others were rescued after an Ikorodu bound boat capsized shortly after it departed CMS Ferry Terminal at 4.35 p.m on Monday, September 27.

Lagos Area Manager of the National Inland Waterways Authority, Sarat Braimah, who made the disclosure in a statement released, said that the boat was involved in the accident 15 minutes after it left the CMS terminal.

“A 17 passenger boat named “TEMI 3 Global” which departed from CMS Ferry Terminal at 4:35p:m enroute Ikorodu Ferry Terminal on Sept. 27, was involved in an accident.

Fifteen minutes into the journey near Adekunle Waterfront, the boat hit an underwater obstacle which broke the hull of the boat and this resulted to the capsize of the boat.

Also the Marine Police, fishermen and other boat operators leading to the rescue of 16 persons alive while one person died while on the way to the hospital.

Say No to child defilement