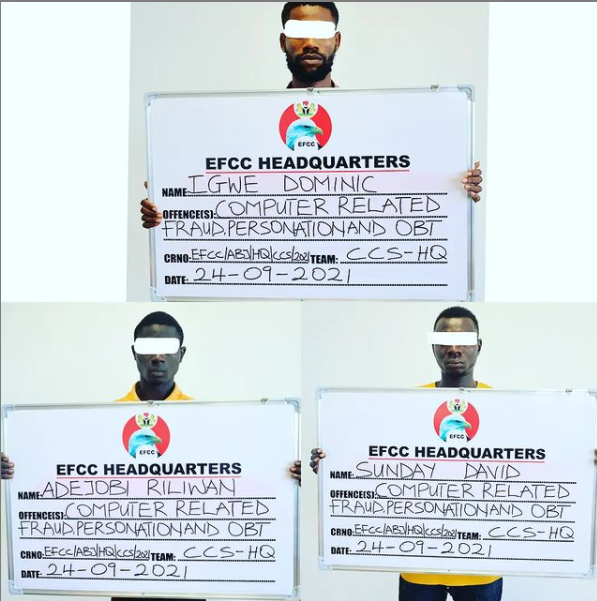 Operatives of the Economic and Financial Crimes Commission, EFCC have arrested three suspected internet fraudsters in the Kuje and Gwagwalada axis of Abuja.

The suspects are Adejobi Riliwan, Igwe Dominic and Sunday David. They were arrested on Friday, September 24, in a sting operation following credible intelligence received by the Commission on their alleged involvement in computer-related fraud.

‘Denying these adorable ones their rights to their mother who is very alive, hale and sane says a lot’