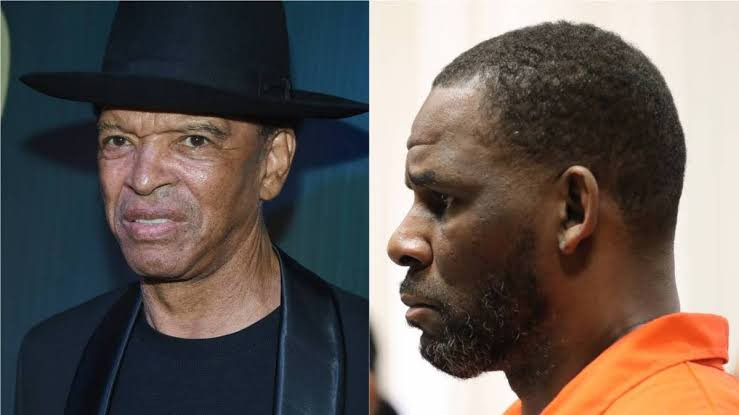 Aaliyah’s uncle says R. Kelly ‘wouldn’t have to worry about a trial’ if he had known the singer was abusing his niece

Late singer, Aaliyah’s outraged uncle has stated that convicted pedophile R. Kelly might have never made it to court trial if he had known his niece was being molested by the singer decades ago.

Kelly, 54, was convicted on all nine counts, including racketeering and other sex crimes, in Brooklyn Federal Court on Monday, September 27.

Barry Hankerson, who was Kelly’s manager in the 1990s, introduced his niece to the Grammy award winning superstar in Detroit when Aaliyah was just 13 years old.

Hankerson toom Kelly to Aaliyah’s family home in Detroit in 1992. where the singer played piano for Aaliyah and her family members before she then performed for Kelly, showing signs of the talent that would soon make her famous.

In an exclusive interview with the Daily News, Hankerson has now revealed that he was totally unaware the singer was a predator.

“I can’t say what would have happened, but there wouldn’t have been a trial if I had known about any of the things he was trying to do to my niece.”

Barry Hankerson declined to elaborate on what he might have done had he known about Kelly’s illegal marriage to Aaliyah when she was 15 and he was 27.

”He thought she had something special,” Smith said.

But her uncle Hankerson, now 74 years old, did not take the stand. He says he previously spoke to the feds about his relationship with Kelly and his niece, but described the sitdowns as “cursory.”

“I was not one of their witnesses, obviously. They never pushed that issue at me. They were very polite,” he said.

After saying in 1994 that “Aaliyah was in trouble,” Kelly instructed Smith, “Don’t call Barry,” according to testimony.

At the time, Kelly believed Aaliyah was pregnant with his child.

R.Kelly produced Aaliyah’s debut album, “Age Ain’t Nothing But a Number.” and Hankerson told The News that the timing of Aliyah’s album release which occured at same time with Kelly’s first court trial over their marriage was a coincidence.

“The public wanted the music. They were clamoring for her music, so we decided to put it out once it was organized,” he said. “It just happened to happen when it did.”

Speaking on the verdict against Kelly, who he hasn’t seen in three decades, Henkerson said;

“I really haven’t really made a decision on what my reaction is to the verdict,” he said. “I think justice was served, that’s about it.”