#BBNaija: “My grandma used to lay me on the bed to check my virginity” — Angel reveals (Video)

BBNaija: Shine Ya Eye housemate, Angel, has revealed the length her grandmother went to make sure she didn’t get pregnant as a teenager.

The 21-year-old writer made this disclosure during a heart-to-heart conversation with Cross on Wednesday morning, September 28.

According to her, her grandmother was filled with fear and anxiety because her daughter (Angel’s mom) got pregnant at the age of 16.

In a bid to prevent a reoccurrence, Angel said her grandmother became overprotective and used to inspect her vagina to check if she was still a virgin and not sexually active. 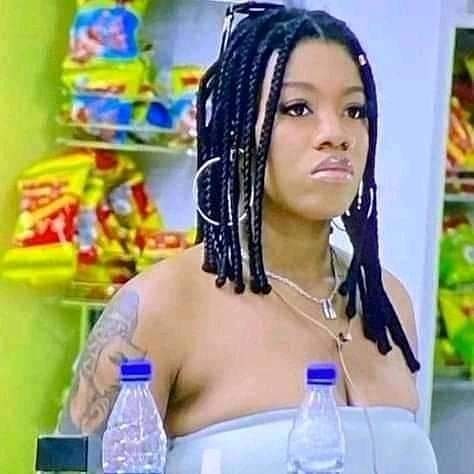 She explained that her grandma would ask her to lay on the bed to check if her vagina/hymen was still intact. Angel averred that as she grew older, she realized that it was a stupid move because not all women have hymen.

She further revealed that at age 16, her grandma made her swear that she was a virgin.

Dr. Akunyili’s son reacts as Okonjo-Iweala comments on the murder of his father

#BBNaija: “I don’t think I know my boyfriend anymore” – Nini reacts to different pictures of her boyfriend online