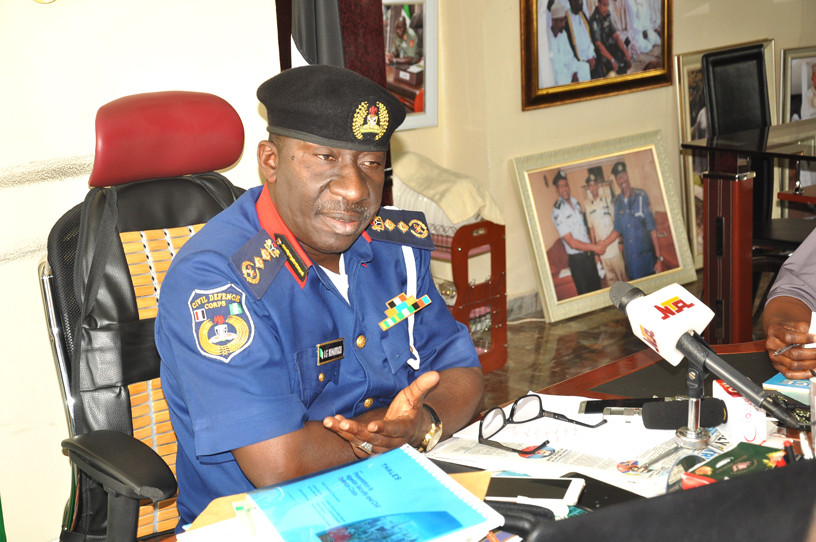 Commandant-General of the Nigeria Security and Civil Defence Corps, Dr Ahmed Audi has said that criminals have informants among security operatives in the country.

In his speech at the stakeholders’ summit on the protection of critical national assets and infrastructure at the NAF Conference Centre in Abuja, on Tuesday September 28, Audi stated that there is need to engage traditional rulers, religious, community, political and youth leaders in the process of finding a solution to the menace.

“You will agree with me that the nefarious activities of these criminal elements are being strengthened not only by informants within security formations but equally those within the society; hence the need to engage our traditional rulers, religious, community, political and youth leaders in the process of finding a solution to this menace.”

Stressing that there is need for security agencies to re-strategise for better protection of national assets from being vandalized by criminal elements, the NSCDC commadant also averred that rise in crimes constituted a threat to critical national assets and infrastructure. He cited Kaduna, Zamfara, Katsina, Borno and other states of the north as examples to back up him claim.

Audi further expressed concern over a statement by the Minister of Information, Lai Mohammed, about the federal government spending N60 billion annually on the repair and maintenance of vandalised oil pipelines across the country

Chrissy Teigen remembers son, Jack, on the one-year anniversary of his death