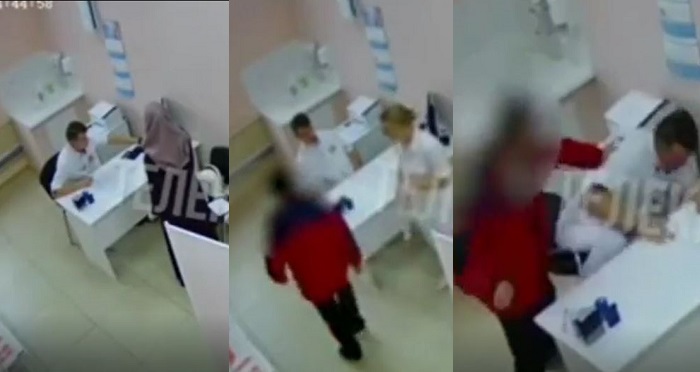 A man has been put under house arrest for beating up a doctor and leaving him with a concussion because the doctor gave his wife a compliment.

The woman, who is a hijab-wearing Muslim, had told her husband, one Bakhriddin Azimov that a Russian dermatologist, Vladimir Zhirnokleev, called her skin “beautiful“.

The man then chose to attack the dermatologist and has been charged with hooliganism. According to RT, the attack happened last Tuesday, Sept. 21, in Nizhnevartovsk, Siberia.

Dr Zhirnokleev said he’d simply asked the woman to show him her elbows, stomach and back and did not ask her to undress.

After checking her, he told her there were no problems and said: “The skin is beautiful.”

But the woman then complained to her husband that the medical examination had not complied with “Muslim law“.

“I am sure the doctor complimented my wife during the examination, which is not befitting of my principles,” said 29-year-old Azimov.

“If you are a doctor, do your job. Excessive compliments and questions are beyond a doctor’s job description.” 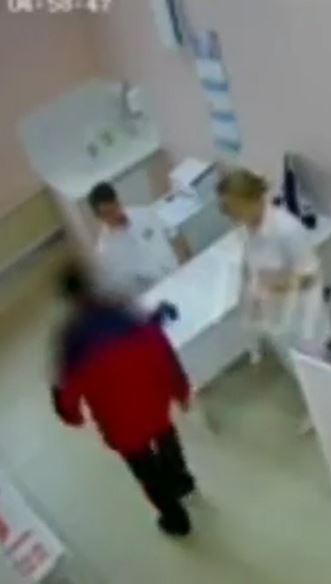 However, Zhirnokleev insisted he had simply been giving his clinical opinion of the woman’s skin.

The Komsomolskaya Pravda newspaper reported that he said,

“Muslims should resolve all issues immediately with the management – calmly and constructively.

“Running into a doctor’s office without a trial and smashing his nose is morally and legally wild.

“I am an adult, I have several educations, a lot of experience, and we still live in a state governed by the rule of law. People should obey the law and follow the rules.”

Zhirnokleev was diagnosed with a head injury, concussion and bruising. 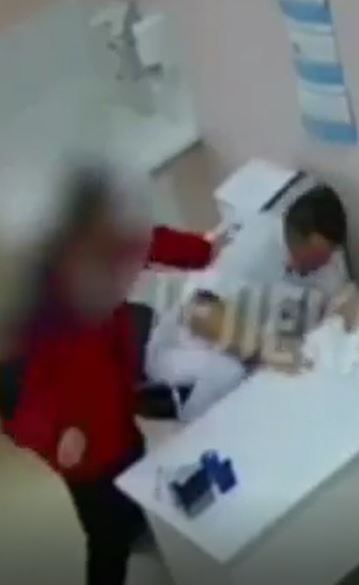 “How ‘FEM’ almost landed me in trouble” – Davido reveals

Police reportedly seize two children from OAP Nedu’s ex-wife; hand them over to him