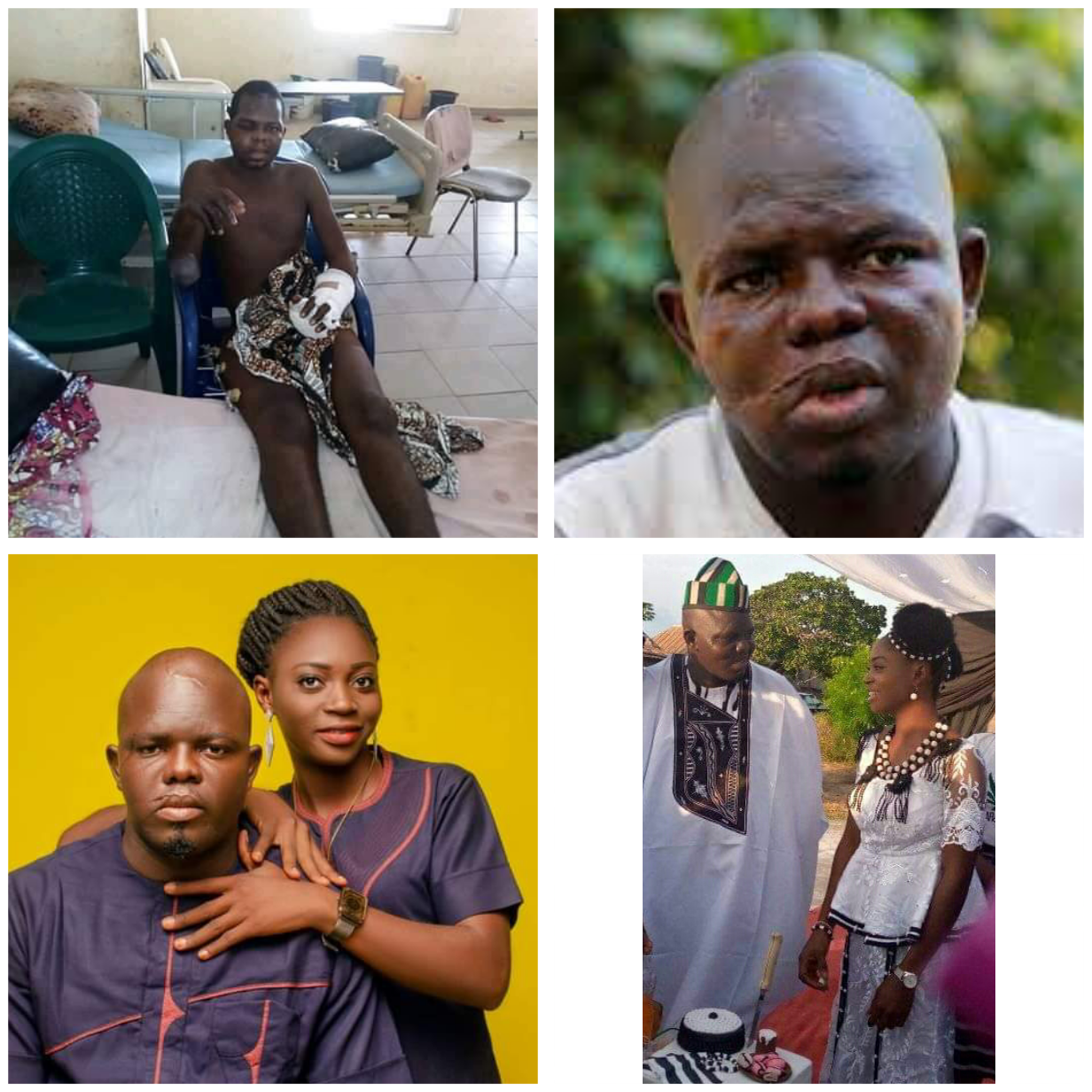 “I thought I will never find happiness again”

Zion Vershima Alunan, a former Benue livestock guard, who was brutally attacked by Fulani herdsmen and left for dead, has found love again.

Taking to Facebook on Wednesday, September 29, Zion shared photos from his traditional wedding to Joy Uvebel held on Saturday, and thanked God for giving him a second chance.

“I really appreciate God for giving me a privilege like this because I thought I will never found a happiness again. KPA ORGU AONDOGA . So friend never you condemn anybody in ur life whether being a dead or a mad person consider him as a human being. Thanks” he wrote.

It’s not clear what happened between him and his former wife and mother of his two children but it seems they are no longer together.

In an interview with Reuters in 2018, Alunan clearly mentioned that “my wife feeds me. If I want to go to the toilet she also supports me,” because he was unable to move his hands months after the attack.

Zion was among the livestock guards who were attacked by herders on 1st January, 2018, at Tomatar Nongov community in Guma Local government Area of Benue state.

The father of two was macheted across his face, torso and arms, and was shot at close range in his right thigh.

He couldn’t move from his hospital bed for two months after the attack and was eventually discharged after a six-month stay at Benue State Teaching Hospital that was followed by another two months convalescing in his village.

Zion said he sold his yam farm and a fish farm to pay his hospital bills.

Zion before the attack