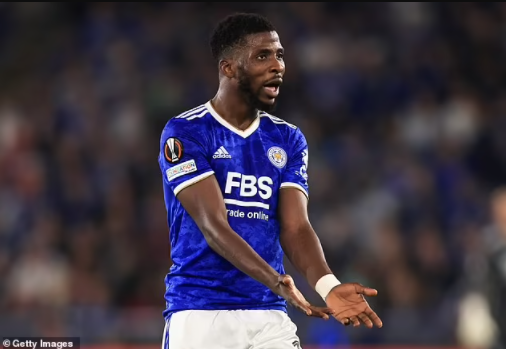 Leicester City striker,  Kelechi Iheanacho will miss his club Europa League tie Legia Warsaw after he was left stranded at Warsaw airport on Wednesday over a documentation issue that blocked him from entering Poland.

The Nigeria international is now expected to return to the United Kingdom after he was refused entry. A club official is likely to accompany Iheanacho back to Leicester.

Leicester boss Brendan Rodgers confirmed Iheanacho, 24, would have started the but he will have to revise his plans for the Group C encounter.

‘We’ve had an issue with Kelechi – his documentation coming into the country wouldn’t suffice,’ said Rodgers.

‘Unfortunately he’s not available to play which is a shame because he would have played. The paperwork didn’t allow him to enter the country, which is unfortunate. We’ll have to look at that when we get back.’

Aaliyah’s uncle says R. Kelly ‘wouldn’t have to worry about a trial’ if he had known the singer was abusing his niece