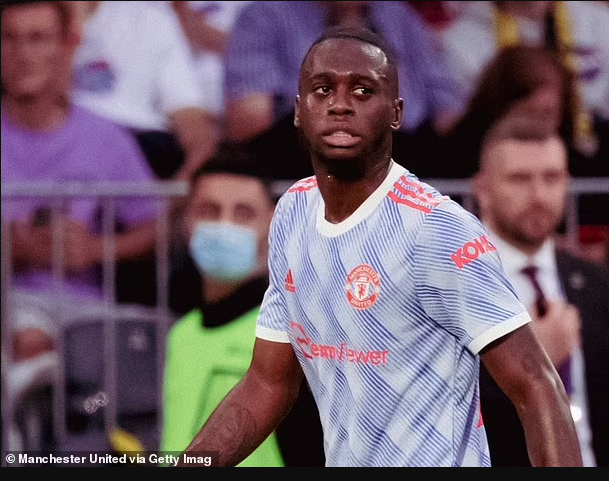 Manchester United defender Aaron Wan-Bissaka ’s European ban has been extended to two matches for his red card against Young Boys in the Champions League by a UEFA disciplinary panel.

Wan-Bissaka received a straight red card in the 35th minute of his side’s shock loss earlier this month after a foul on Christopher Martins Pereira.

UEFA confirmed the news of Wan-Bissaka’s punishment on Wednesday morning, following the incident during the game in Bern earlier this month.

The full-back’s mandatory one-match ban has been increased for ‘rough play’, meaning he will miss Wednesday night’s game against Villarreal and next month’s home clash with Atalanta.

Harry Maguire and Luke Shaw are also missing following their injuries in United’s 1-0 loss to Aston Villa at the weekend.

Left-back Alex Telles has just returned from injury but will most certainly get thrown in the deep end for the game to help fill the gaps in Ole Gunnar Solskjaer’s defence.