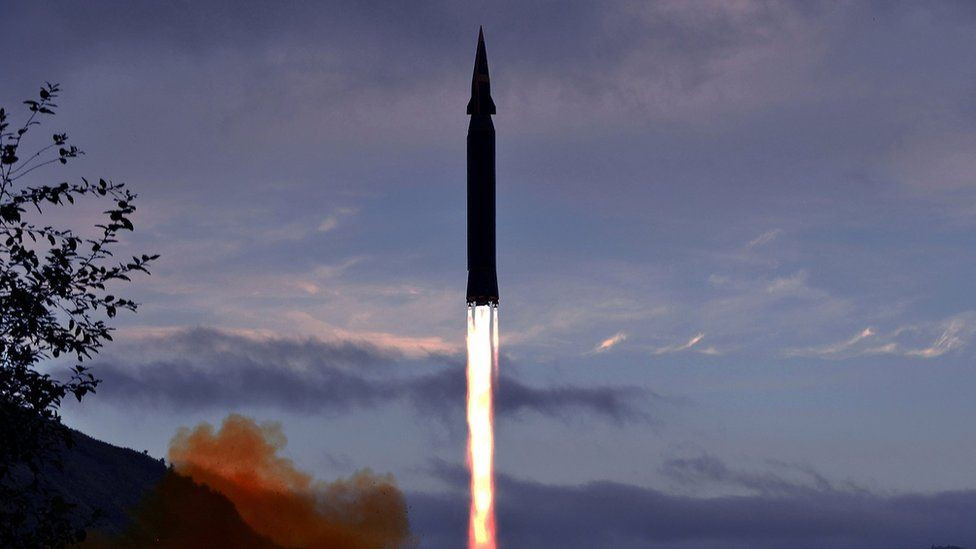 North Korea announces it has fired new ‘hypersonic missile’, putting the whole of Asia on alert

The Asian continent is currently on high alert after North Korea claimed that it successfully tested a new hypersonic missile called Hwasong-8 on Tuesday, September 28.

The country’s state media said the new missile is one of the “five most important” new weapons systems laid out in its five-year military development plan.

The launch, if true is another indication of Pyongyang’s growing weapons technology amid strict sanctions by the United Nations.

“The development of this weapons system…[has increased] the nation’s capabilities for self-defence in every way,” North Korean state news outlet KCNA said.

The latest launch is the country’s third missile test this month. It has already revealed a new type of cruise missile, as a well as a new train-launched ballistic missile system.

Hypersonic missiles are much faster and more agile than normal ones, making them much harder for missile defence systems to intercept,

KCNA said the test launch confirmed the “navigational control and stability of the missile”.

North Korea has also reportedly introduced missile fuel ampoule – a technology that allows missiles that can be pre-fuelled and then sent to the field in canisters. This means it could potentially stay launch-ready for years.

North Korean leader Kim Jong-un had at an earlier meeting in January declared that scientists had “finished research” into developing hypersonic gliding warheads. Tuesday’s test was the first for this new system.

“The push to develop a hypersonic glider isn’t all too surprising given that Kim Jong Un had indicated this back in January,” said Mr Panda.

“This is, however, a reminder that Mr Kim’s missile ambitions are far from having run their course.”

Reacting, South Korea’s Joint Chiefs of Staff said they believe this hypersonic missile is still at an early stage of development and it will take a considerable period of time before it can be deployed in combat.

#BBNaija: “When Whitemoney worked as my driver I was so afraid of his good attitude” – Singer, Pc Lapez