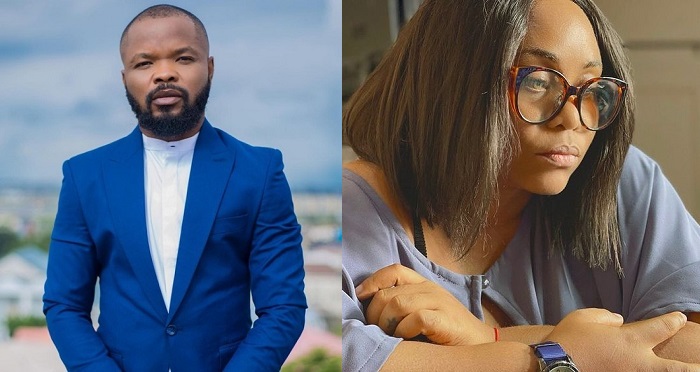 Police reportedly seize two children from OAP Nedu’s ex-wife; hand them over to him

The two children Nigerian OAP, Nedu had with his ex-wife, Uzoamaka Ohiri, have according to a new report, been seized from her and handed over to the media personality by policemen attached to the State Criminal Investigation Department, Panti, Yaba, Lagos.

According to a report by Punch, a letter of invitation with reference number CR:3000/LSX/D10/Vol.3/71 which was signed by Fayoade Adegoke, the Deputy Commissioner of Police in charge of the SCID, asks Ohiri asked to see CSP Margaret Ighodalo.

Ohiri was allegedly asked to stop making disparaging comments against the comedian on social media and also report at the SCID regularly and bring two of her three children. The two children were reportedly handed over to their father.

A relative who spoke to the publication, questioned why the police will be interfering in a civil matter. He said,

“Can you imagine the Police are interfering in a civil matter because Nedu is influential?

“This is nothing but oppression. Why should children be brought to SCID? Now, they have been handed over to Nedu. This is sad.”

This comes after the comedian and Uzoamaka Ohiri were involved in a nasty feud earlier this month, which led the media personality into revealing that his ex-wife bore a child that wasn’t his while they were married.