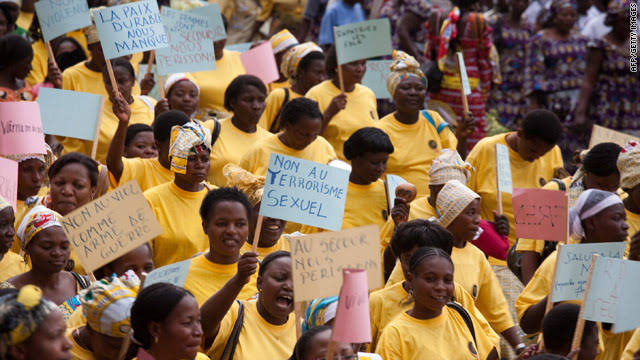 Dozens of women and girls in DR Congo have accused the World Health Organization and other aid agencies staff of sexual abuse and exploitation.

According to a new report 83 aid workers of the UN agency sexually abused women and girls while tackling the Ebola outbreak in the Democratic Republic of Congo.

The sexual abuses included nine allegations of rape, and were committed by both national and international workers between 2018 and 2020.  Local women were also allegedly plied with drinks, “ambushed” in hospitals, forced to have sex, and two became pregnant.

The 35-page report was produced by an independent commission following an investigation.

The commission, which interviewed dozens of women who had alleged they were offered work in exchange for sex, found that 21 of the 83 alleged perpetrators were employed by the WHO.

Reacting to the report, WHO Director-General Tedros Adhanom Ghebreyesus said the action was “inexcusable” revealing that it was terminating the contracts of four people who were still employed by the organisation and promised more measures would be taken.

Speaking at a news conference, Dr Tedros apologised directly to the victims and survivors.

“I’m sorry for what was done to you by people who are employed by WHO to serve and protect you,” he said. “It is my top priority that the perpetrators are not excused, but held to account.”

He also promised to help support and protect victims, while vowing to overhaul the WHO’s structure and culture.

WHO Africa regional director Matshidiso Moeti also apologised to those who suffered “because of the actions of our staff”.

She said she was “humbled, horrified and heartbroken” by the inquiry’s findings.

More than 2,000 people died in the Ebola outbreak in DR Congo.