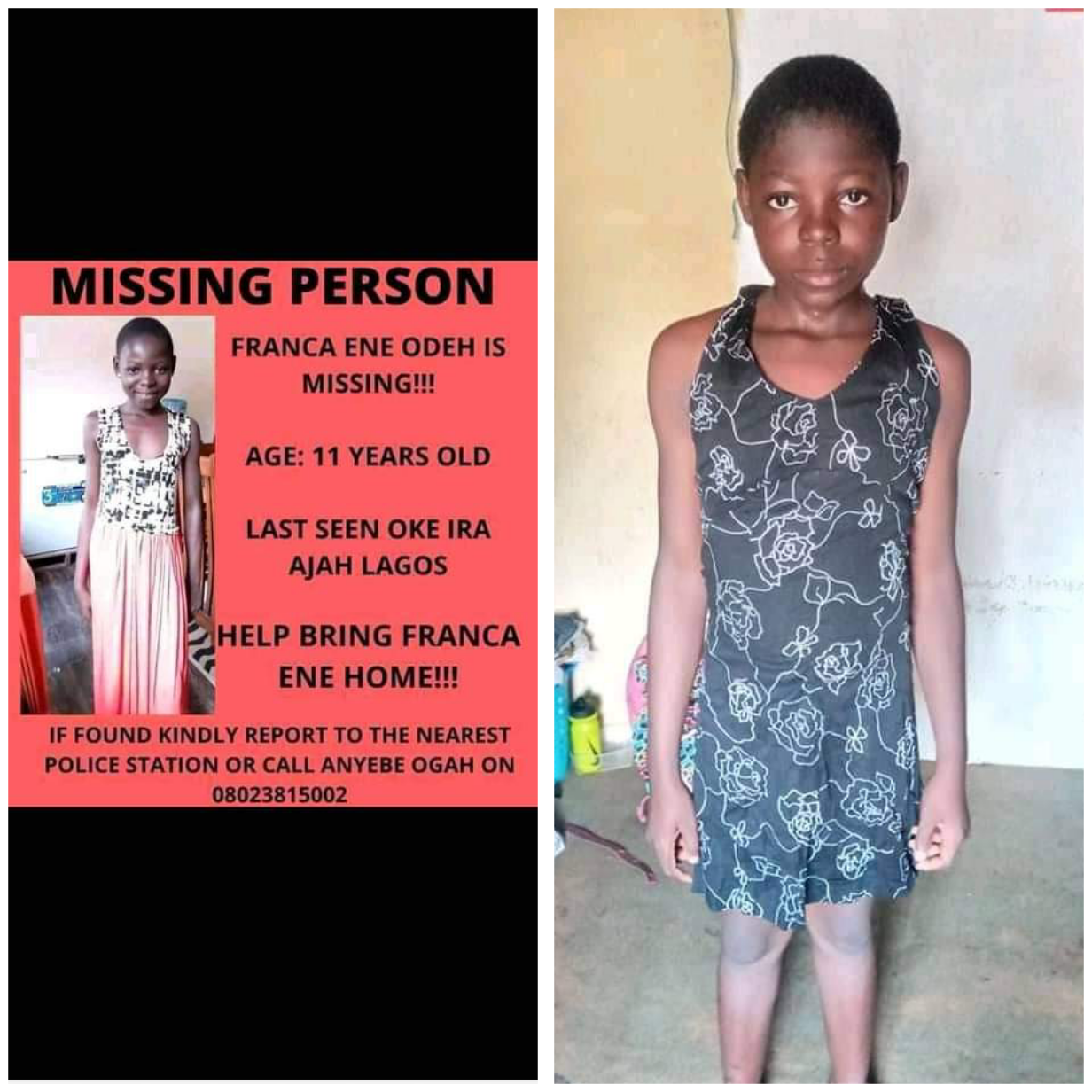 A young girl from Benue State who was allegedly kidnapped in Lagos has escaped from her abductors.

It was gathered that the girl identified as Franca Ene Odeh was declared missing in Ajah area of Lagos State last week Tuesday.

According to one Juliet Adakole, who confirmed the latest development, the girl was abducted and had escaped from the kidnappers on Wednesday, September 29.

“Good evening my beloved people. This girl in this post was kidnapped in Lagos State since last week Tuesday. But as God can help she escape today. And now she is staying with one of our brother in Lagos but she don’t know her aunty house address neither did she know her aunty phone number. But she said she was staying in oche street in otukpo before she came to Lagos so pls if u know her and u know her aunty pls call her to let her know.” she wrote.