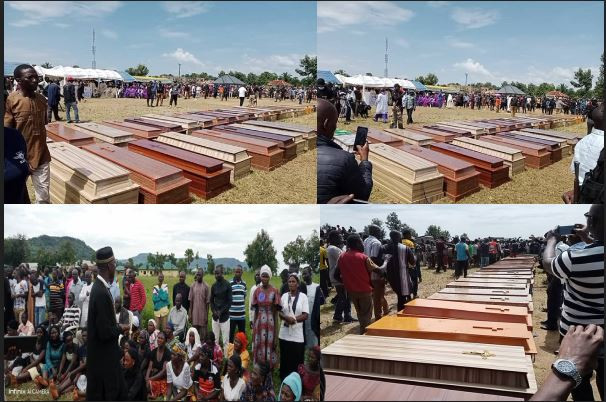 The remains of 38 persons killed by bandits in Kaura Local Government Area of Kaduna State, were buried amidst tears on Thursday, September 30.

Sympathizers gathered at GSS Mallagum in Kaura to pay their last respects. Women, children and the aged were seen weeping as they watched their loved ones being laid to rest.

The victims were killed in the bandits attack on Madamai and Abun communities in Kaura Local Government Area on Sunday, September 26.

Seven other persons sustained injuries while several houses were set ablaze during the attack.