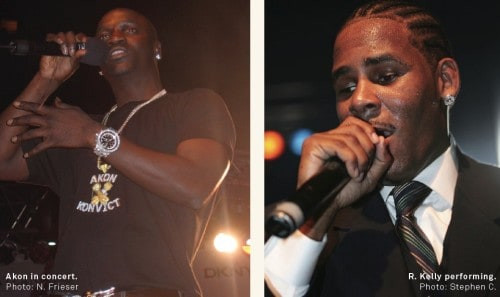 Singer Akon has said that his colleague R. Kelly needs to re-evaluate his life choices after being convicted in his federal sex crimes trial.

Speaking to TMZ, the Senegalese-American singer and songwriter stated that he believes there’s still a road to redemption for Kelly.

Akon added that the RnB star Kelly needs to do some deep reflection and talk to God. The  singer is looking at 10 years to life in prison when he’s sentenced next year.

Kelly was found guilty of all 9 federal counts including sex crimes, kidnapping, human trafficking, racketeering and obstruction of justice. He is still facing another federal trial in Chicago and 2 other state trials for similar charges.