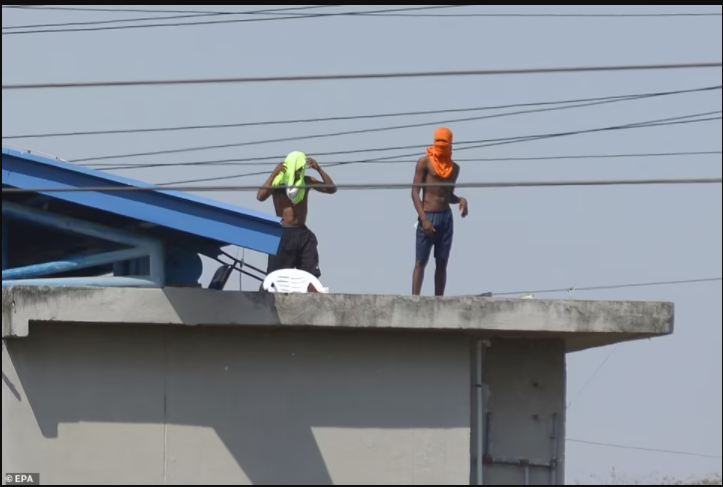 Ecuador’s president has declared a state of emergency in the prison system after deadly clashes among gang members in a coastal prison killed at least 116 people and left 80 others injured.

The violence at the Litoral Penitentiary in the city of Guayaquil erupted after a battle broke out on Tuesday night among gang members of international drug cartels vying to capture control of the facility.

Six of those killed at Litoral prison, on the outskirts of the port city of Guayaquil, were beheaded.

Announcing the state of emergency at the prison facility, President Guillermo Lasso handed over federal powers which include deploying police and soldiers inside the prison.

The country’s national police service said it had sent in 400 officers to restore order.

President Guillermo Lasso described the gang war as “bad and sad”, and said: “It is regrettable that the prisons are being turned into territories for power disputes by criminal gangs. I ask God to bless Ecuador and that we can avoid more loss of human life.”

The president said he will be acting with “absolute firmness” to ensure swift capture of power back in the hands of officials.

He promised additional security forces and funds to avoid a repeat of such prison wars. He also announced that the family members of inmates would get food and psychological support. A programme worth $24m focusing on infrastructure and technology in the Litoral facility will be sped up, the president added.

‘In the history of the country, there has not been an incident similar or close to this one,’ said Ledy Zúñiga, the former president of Ecuador’s National Rehabilitation Council.

Ecuador is no stranger to prison violence,  this is the third prison fight resulting in mass deaths in the country this year. At least 79 people died in February and more than 100 died in July in similar clashes in Ecuador’s prisons.