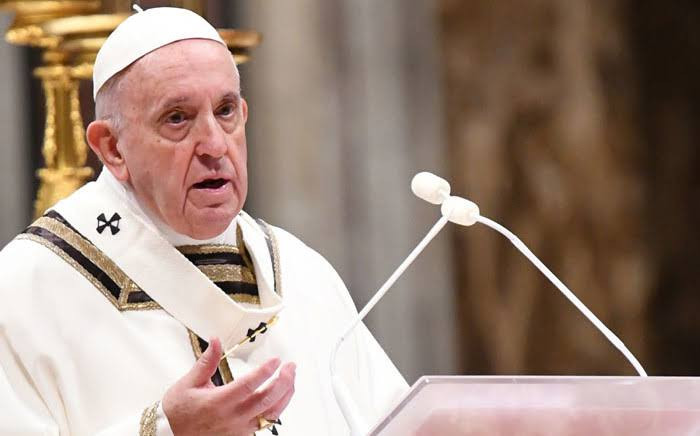 I pray for those who have died, those Injured and the entire population

Pope Francis has made an appeal to the federal government to find ways to end the killings in Nigeria.

The Holy Father made the appeal at his usual Wednesday General Audience in the Vatican on Wednesday, September 29

The Pope called on the Federal Government to guarantee the safety of all citizens as he sent words of comfort and consolation to all Nigerians including the victims of the recent attacks in Madamai Abun village in Kaura Local Government of the Southern part of Kaduna State, where suspected Islamist militants allegedly ravaged the community, killed 34 persons and injured many.

“I learnt with pain the news of the armed attacks that took place last Sunday against the villages of Madamai Abun, in northern Nigeria. I pray for those who have died, for those who have been injured and for the entire Nigerian population,” the Pope stated.

” I hope that the safety of all citizens will always be guaranteed in the country.”