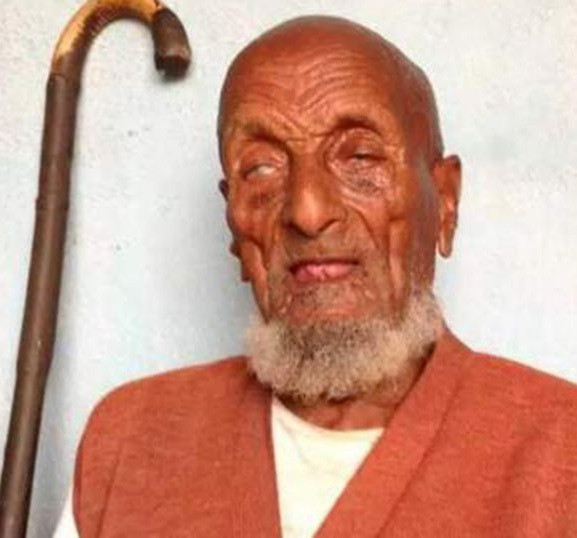 A man who is believed to be the oldest man to have ever lived has passed away, reportedly at the age of 127.

Natabay Tinsiew, from Eritrea in Africa, died in his remote village of Azefa on Monday, September 27.

His family is now calling on the Guinness World Records to officially recognise him as the oldest person to have ever lived.

The Guinness World Records have been contacted by Mr Natabay’s grandson Zere Natabay and he has given evidence of official documents of his birth.

Records from the church show his birth certificate with the year of his baptism in 1894.

However, his family actually believe he was older due to the belief he was baptised 10 years after his birth when the priest came to their remote village.

Zere told BBC Tigrinya that Guinness World Records are validating the information as he spoke of his grandfather’s long life.

He told the news outlet that “patience, generosity and a joyful life” were the secrets behind Mr Natabay living so long.

Zere added that his grandfather was an “extraordinary man” who was not only caring but hardworking.

He spent most of his life as a herdsman and owned numerous cattle, goats and honey bees.

In 2014, on Mr Natabay’s 120th birthday, the whole village reportedly celebrated the special occasion with him.

The current record holder for the oldest person who ever lived is a French woman named Jeanne Calment, who died in 1997 at the age of 122.

According to Guinness World Records, the oldest man to have ever lived was Jiroemon Kimura from Japan, who died aged 116 in 2013.

The family are still awaiting a response from Guinness World Records to say they have validated the documents.