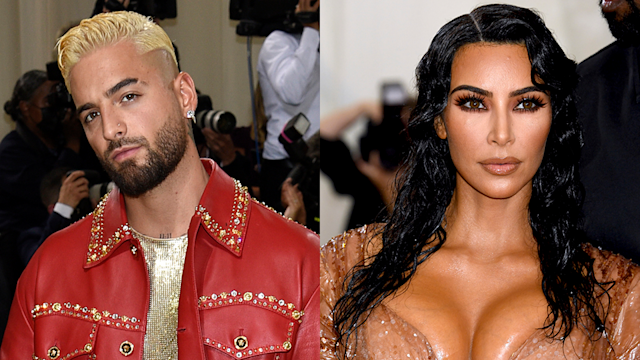 Singer, Maluma responds to rumors he secretly dated Kim Kardashian after she filed for divorce from Kanye West

Singer, Maluma has responded to rumors he dated Kim Kardashian after she started divorce proceedings from Kanye West in February.

In an interview with L’Officiel Hommes, Maluma responded to past reports that he and Kim dated saying they are just “close friends.”

“I don’t even know! Right? We were together at the Dior show. I met her for the first time there. I was also there with Kourtney.”

Maluma met Kim and Kourtney at the Dior Men’s Fall 2020 Runway Show in Miami, Florida, in December 2019. In his interview, Maluma explained the rumors may have been fueled by Kim’s recent divorce.

“People just started talking about it. I don’t know why they started asking her that. Maybe because she was getting her divorce and everything, you know? But no, we are good friends. We don’t talk that often, but yeah, we are good friends and we always wish the best for each other,” he said.

Kim, previously shut down the rumors at the Keeping Up With the Kardashians reunion in June, where she also confirmed that she and Maluma are just friends.

“I’ve seen him a few times, always in Miami, such a nice guy,” she said at the time.

Kim filed for divorce from Kanye after almost seven years of marriage. The couple—who married in May 2014—share four kids: North, 8, Saint, 5, Chicago, 3, and Psalm, 2.