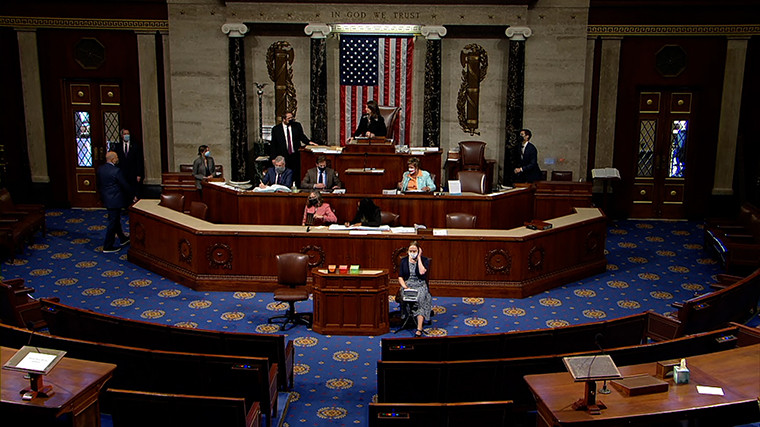 US Senate votes to avoid government shutdown until December 3

The US Senate on Thursday afternoon voted to keep the government funded thorugh a stopgap funding bill to avert a shutdown by extending the funding through December 3.

The Senate voted 65-35 to pass the measure, which House Speaker Nancy Pelosi, D-Calif., said lawmakers would approve it and send it to President Joe Biden for his signature.

“We hope this can be a strongly bipartisan bill because it keeps loyal services running, protects up to hundreds of thousands of workers from furloughs and protects the economy from shutdown,” Pelosi said. “A shutdown is not anything anyone wants.”

If the bill is not enacted, the federal government would face a shutdown after the calendar turns to Friday.

The bill also included $28.6 billion for disaster assistance and $6.3 billion for Afghan refugees.

Avoiding a shutdown resolved one of four issues facing Congress in the next few weeks. The House was set to vote on Thursday on an infrastructure bill but some Democrats argued the infrastructure bill should move in tandem with a $3.5 trillion package of Biden’s social welfare priorities, which is still under negotiation.

Congress must also raise the country’s borrowing authority by Oct. 18 or risk a default that economists warn would be an economic catastrophe.

The Senate vote on funding came after rejecting three Republican amendments dealing with the eligibility of Afghan refugees for aid, vaccine mandates and congressional pay. Democrats said each amendment would have sunk the urgent legislation in the House.

The Senate vote came after Senate Majority Leader Chuck Schumer said late Wednesday that an agreement had been reached on a continuing resolution to fund government operations at current spending levels.

“We are ready to move forward,” Senate Majority Leader Chuck Schumer, said on the Senate floor. “We have an agreement on … the continuing resolution to prevent a government shutdown, and we should be voting on that tomorrow morning.”

In addition to funding the government until December 3, the stopgap bill will “provide funding to help process and resettle Afghan refugees and finally deliver on critical disaster aid for Americans battered by storms and wildfires this summer,” the majority leader said.

The raise to avert a shutdown followed a warning from Treasury Secretary Janet Yellen who said the federal government will likely run out of cash and extraordinary measures by October 18.