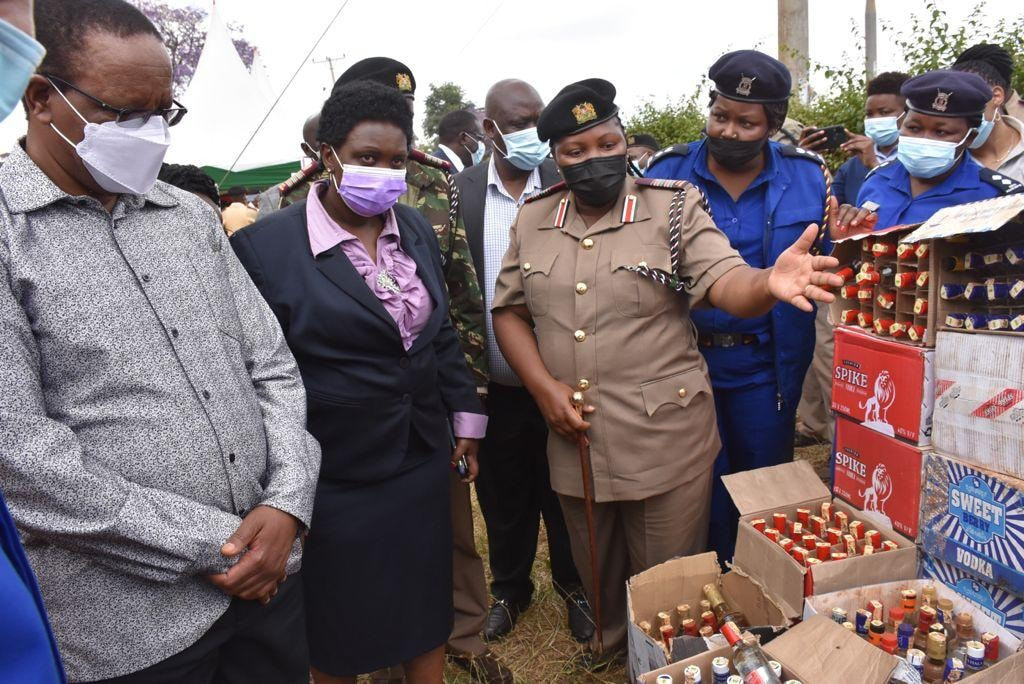 Women organisations in Murang’a, Kenya have warned of a marriage crisis in the county if the number of men continues dwindling.

For a county with a deficit of 8,729 men in the gender ratio, the women say any other cause that increases this deficiency will affect the founding of new families.

While launching the Rapid Results Initiative (RRI) against narcotics and illicit brews in Thika last week, Interior PS Karanja Kibicho said 30,000 youths in Central region — 40 per cent from Murang’a — have died since July 2015 when President Uhuru Kenyatta ordered a crackdown on poisonous brews in the area.

Speaking at the same event, Central Region Commissioner Wilfred Nyagwanga said the major threats against boy child are being played out in the 280,855 population of those aged between 20 and 29 years.

“The nonsense of mob lynching, illicit brews and narcotics and all threats to lawful enterprise must be dealt with firmly and civility pursued through education and religion,” he said.

Joseph Kibugi of the Kibugi wa Ihii Foundation speaking separately in Kigumo Constituency, noted that the society must realise that it is empowering and moulding the girl child to become a family woman in an environment of depleting potential husbands.

“Every day, we are seeing at least 400 boy child population being sentenced to jail in Murang’a courts. In the past one month, about 21 males here have been killed by mob lynching,” said Mr Kibugi.

He observed that the security enforcement has teamed up with the society to use the Judiciary and kangaroo courts to condemn the boy child to oblivion without considering the impact it will have on the present and future families in the county.

“Before we can think from outside our county where we can ship our women to get married, we should preserve our numbers to ensure we can bring in girls from other counties to sustain our population. The situation surrounding the boy child here is a threat to our future existence as a county,” he said.

Murang’a Young Professionals Action Network Chair Mixson Warui, said the Directorate of Criminal Investigations has failed to chart a structured way of dealing with organised crime, leading to mafia like narcotics, illicit brews and vigilante cartels that continue to threaten the male population.

“Our boy child has been indoctrinated into a culture of death by insensitive law enforcement that has collapsed the rule of law to a point the society is settling scores through mob lynching,” she said.

Local MYWO chairperson Lucy Nyambura who also is the Deputy Speaker for Murang’a County Assembly, said the area has become a hub for vigilante groups who have taken the law on their hands and are depleting the male population through mob lynching.

“These mobs should be neutered before they degenerate into a runaway crime of murdering men. We must not allow this kind of crude justice to gain currency. Police should also venture more in rehabilitative way of dealing with criminals. The old habit of arresting and jailing no longer works,” she said.

“They say members of the public are helping them secure the county. We are concerned because some of those being murdered in cold blood are our customers. We have a population of 3,000 sex workers in the county and on daily basis, we estimate that we serve on average 1, 800 customers,” she said.

The most intriguing lynching incident was of a 44-year-old pastor of the Akorino faith at Small Earth village on September 17. Police report indicate that he was a member of a gang that terrorised local residents.

Former Nyumba Kumi National Security Initiative Chairman Joseph Kaguthi, admits that what is happening in Murang’a is “a calculated design to annihilate families.”

He observes that when he was in office, he was privy to undeclared position that the county is the official dumpsite of all types of cheap liquor and has illegal distilleries in many villages.

“There are suspicions that those criminals have official help to thrive. The society is also hostile to its men and does not care to correct the errant before they are jailed or lynched. It is a county that if not given special security eye, will inflict itself major damage of finishing out its men,” he says.