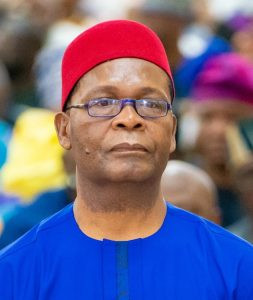 Joe Igbokwe, a Special Adviser for Drainage & Water Resources to Lagos State Governor, Babajide Sanwo-Olu, has decried the killings currently witnessed in the South-East region of the country.

In a Facebook post he shared, he stated that anybody or goup that has been involved in killings in Igboland in the name of Biafra will never know peace alongside their family till the end of age.

ANYBODY OR GROUP OF PERSONS WHO HAS BEEN INVOLVED IN KILLING ANYBODY IN IGBOLAND IN THE NAME OF BIAFRA WILL NOT KNOW PEACE WITH HIS ENTIRE FAMILY TILL THE END OF AGE. Amen!!!