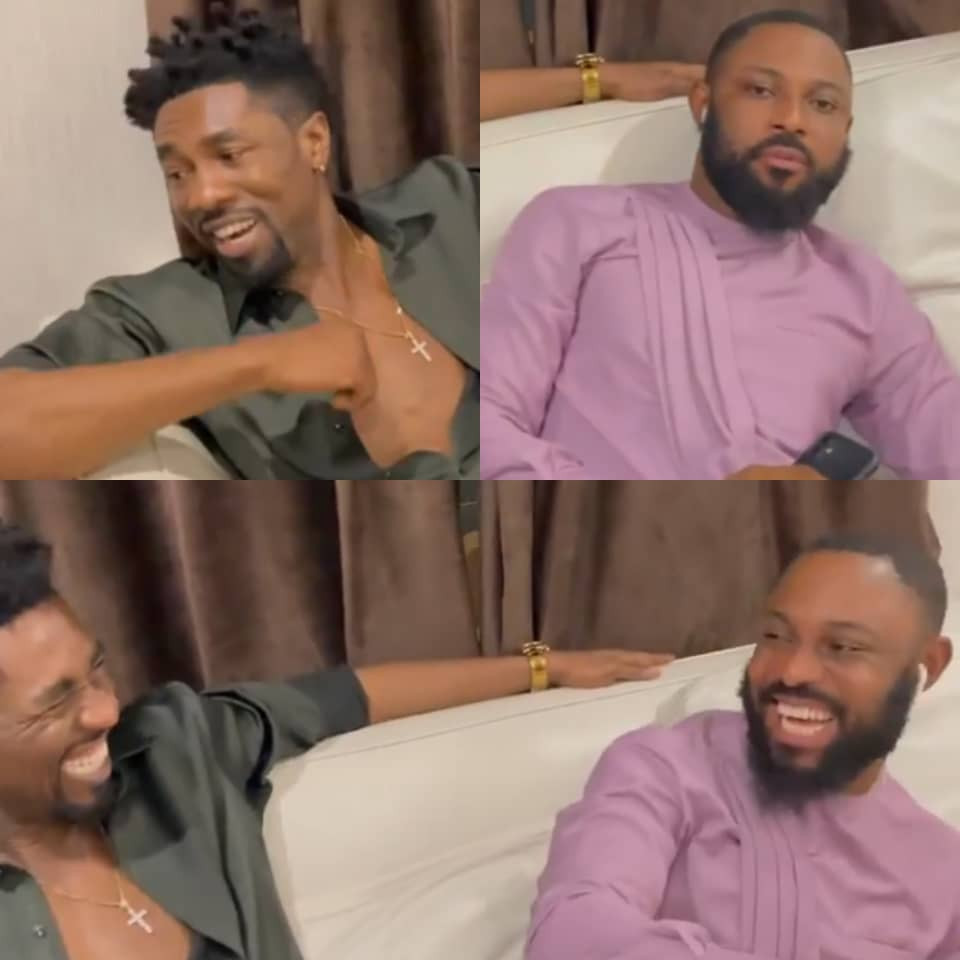 BBNaija star, Boma and Tega’s husband, Ajeboh, all smiles as they hang out (video)

Boma and Tega made news after they had an amorous affair while in the BBNaija house, and were criticised by viewers of the show. While some dragged Tega for being with a man other than her husband, others slammed Boma for having an affair with a married woman.

However weeks after the pair were evicted from the show, Boma and Tega’s husband,  Ajeboh, were all smiles as they hung out with businessman, Ubi Franklin and another former housemate, Jaypaul.

Watch a clip from their hangout below…