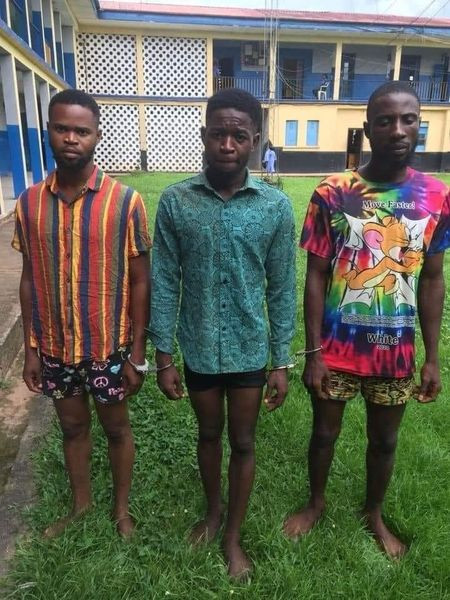 The suspects, who were paraded at the police headquarters in Benin City on Friday, October 1, brutalized and stripped Olivia naked over a TikTok video where she was allegedly miming to an Aiye cult audio. Read previous report HERE

Spokesperson of the command, Bello Kontongs, in a statement, said the suspects have all confessed to the crime and also admitted to being members of Aye secret cult.

“Following the viral video clip where some young men were seen assaulting and dehumanizing a young lady, the Commissioner of Police CP Philip Aliyu Ogbadu Psc(+) directed a discreet investigation and intelligence base approach to unravel those behind the dastardly act,” he stated.

“During the cause of information and intelligence gathering, the following suspects were arrested at different locations in Benin city

“The Commissioner of Police has directed the suspects be charged to court, vowing that cult groups and other criminal elements will not be allowed to operate in the state,” the PPRO added.

Former Chelsea striker, Diego Costa at the centre’ of alleged betting scandal as Police seize £1.77 Million in cash during Investigation’